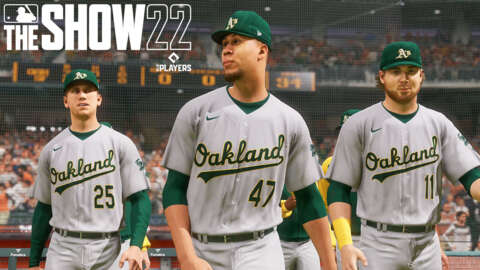 Watch as the Oakland Athletics take on the San Francisco Giants in the Battle of the Bay in MLB The Show 22 on Xbox Series X.

Get a glimpse of over 20 minutes of gameplay in an epic struggle between both teams at the Oracle Park in San Francisco. Find out who wins in this showdown. MLB The Show 22 will be playable for those who purchased the Deluxe Edition or MVP Edition on April 1st otherwise the full release will be coming on April 5th.

MLB The Show 22 is being released for the PlayStation 4, Playstation 5, Xbox One, Xbox Series X and S, as well as the Nintendo Switch for the first time in the franchise. You can bring your cross saves on the go and play MLB The Show 22 wherever you go.

This year Shohei Otani makes his way as the MLB The Show 22 cover star with his versatile ability for pitching and hitting.