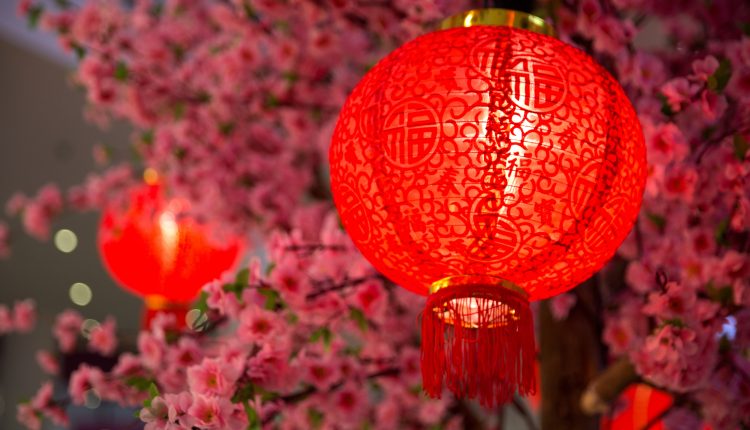 Happy New Year’s! Yes, we know it’s not January. But if you weren’t a big fan of how 2021 kicked off, here’s your chance to do it over again. Lunar New Year falls on February 12 this year, as set by the lunar calendar. The celebrations kick off on the second new moon after winter solstice.

Sometimes called Chinese New Year in the United States, Lunar New Year is actually celebrated in Vietnam, South Korea, and other Asian countries beyond just China (though not Japan). In Vietnam, it’s called Tet, in Korea it’s Solnal, and in Tibet it’s Losar. Typically, travel increases exponentially as people gather with their families. Houses are thoroughly cleaned, and there are usually all sorts of festivities and parades, with fireworks, traditional foods like sticky rice balls and prosperity cakes prepared, red lanterns hung, and red envelopes that contain money exchanged between family members.

Though these festivities are largely on hold due to the pandemic this year, Lunar New Year can still be celebrated on an intimate scale. In honor of the joyous holiday, and in a time when anti-Asian racism and violence is unfortunately on the rise, we are spotlighting some awesome small businesses owned by Asian Americans. Several were started by Asian Americans generations back, and all share a mission and a passion for self-care—whether that’s through beauty rituals or cooking authentic dishes. This Lunar New Year, consider adding gifts from these special stores to your shopping cart.

Opened as a general store in the 1890s before turning into a shop that sold porcelain goods in 1925, Wing on Wo & Co. is New York Chinatown’s oldest store. Today, W.O.W. (as it’s known) is run by Mei Lum, the original owner’s great-great-granddaughter, who was 26 at the time she took over the shop in 2016, saving it from certain gentrification. Under Lum’s management, the shop still sells beautiful pieces of porcelain like mugs, planters, and dishes, which you can purchase online. It is also home to a community-based initiative that she calls the W.O.W Project, which works to preserve and foster the original culture of Chinatown through panels, film screenings, storytelling events, and more.

This food brand is one of our favorites. Founded by two Vietnamese American sisters, Kim and Vanessa Pham, Omsom’s name comes from the Vietnamese phrase om sòm, which roughly translates to “rowdy” or “rambunctious.” The sisters aimed to reclaim the loudness of Asian flavoring. “No more diluted dishes, no more cultural compromise,” they told us. “We want to celebrate the multitudes that exist in Asian cuisines, cultures, and communities that are often bastardized or approached in reductionist ways.” Omsom sells starter packs for Thai, Vietnamese, and Filipino dishes, combining all of the bright, bold sauces, aromatics, and seasonings you need for your dishes (plus recipes).

Nguyen Coffee Supply is a Vietnamese American- and woman-owned business that imports Vietnamese green coffee beans and roasts them in Brooklyn. The first of its kind, the company was founded by a first-generation Vietnamese American documentary filmmaker, restaurant, and podcasting agency founder, Sahra Nguyen. Her parents were Vietnamese refugees who fled by boat following the Vietnam War. She noticed that major coffee companies often refer to Vietnamese coffee as “inferior,” despite the country being a major coffee producer, and wanted to change this misconception. Nguyen partners with a fourth-generation farmer, Mr. Ton, who owns and operates his family farm in Vietnam and produces organic, green beans. Together, they offer various blends of the arabica bean, which is a Vietnamese speciality, and the robusta bean. Caffeine addicts can find their blends and tools for brewing real Vietnamese coffee on their site.

Mount Lai is a beauty-and-wellness brand based around practices used in traditional Chinese medicine. It is founded by Stephanie Zheng and inspired by her own grandmother, who used a jade roller and practiced gua sha and facial rolling for over 50 years, as taught to her by family. For her grandmother, this ritual was “an act of self-care”—a philosophy that Zheng applies to her products. Mount Lai carries special rollers, gua sha tools, as well as a facial massage skin butter made of herbs and plant oils used in traditional Chinese medicine like purple gromwell and licorice roots. All proceeds from the gold jade facial roller below will go towards Chinatown Love, a volunteer-based organization whose goal is to provide relief to immigrant-owned, New York Chinatown businesses impacted by the pandemic, with sales specifically supporting meals for low-income elders in the community.

Opened in 1971 by a group of young Chinese men and women, Pearl River Mart in Manhattan was the first Chinese American department store (ever). It started during a politically rocky time between the United States and China, and its founders hoped to decrease the mystery of their home country by introducing their food and culture to Americans. Over the years, it has become known for its vast selection of knick knacks and snacks, from chopsticks to candies, and other locations have opened, including in the Chelsea Market and the Museum of Chinese in America, both in New York. Unfortunately, the flagship location is closing, as it was priced out, so the shop could use your support. They’ll hopefully have a new location this year.

Beauty and self-care brand Pink Moon was founded by entrepreneur Lin Chen in 2017. The site showcases curated products from female-founded brands that prioritize “sustainability, philanthropy, and holistic wellness,” according to Chen. Pink Moon carries a wide range of items, including skin care, bath, beauty, and home goods that aim to calm and center women.

If you love collecting fun hair pieces (or gifting them), Chunks is for you. The small business was launched by designer Tiffany Ju in 2019 and has since grown to a team of five women. Her trendy, colorful hair clips, barrettes, and sunglasses are inspired by the Memphis design movement. One of the company’s missions is to manufacture in an environmentally conscious way. Her trendy, colorful accessories are made of highly durable, plant-based acetate, which has a shorter life span than your average plastic, and all leftover products are sold for discount or recycled (instead of trashed). All products are “proudly” made in China.

This loungewear line is the newest venture in this round-up. It was launched earlier this month by DJ Mei Kwok. Ten percent of all proceeds for the comfy sweatshirts, which blithely say “Take Care,” will be donated on a monthly basis to Mental Health America.