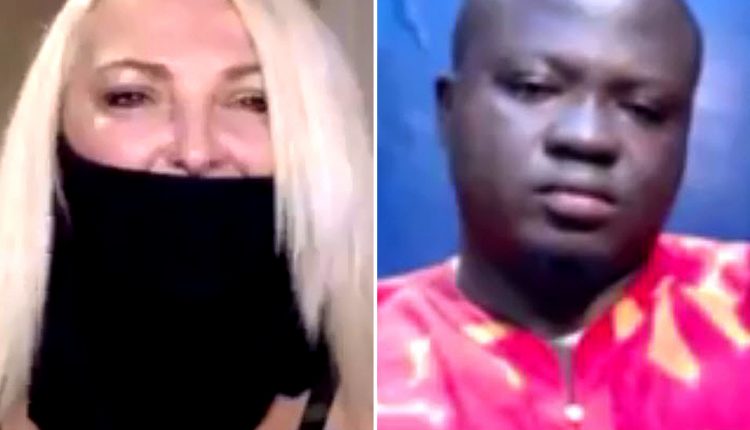 Not on the same page. 90 Day Fiancé star Angela Deem’s husband, Michael Ilesanmi, about her plans to get weight loss surgery during the Happily Ever After: The Couples Tell All special on Monday, October 5, and he wasn’t thrilled with the idea.

“Oh, God. I didn’t want to bring this up in front of Michael. I’m going to have weight loss surgery,” Angela said, causing Michael to sound off by saying “no” repeatedly.

“After the third month, I’ll drop about a hundred and something pounds,” the 55-year-old explained. “Everything will be reconstructed. My skin surgery … I’m gonna have it all done.”

Angela admitted that she hadn’t previously shared her plan with Michael, who then expressed his disappointment. “She knows I don’t like anything [having to do with] surgery,” the Nigerian resident said. “Like, no doing this artificial stuff. I don’t like it.”

The Georgia native told her husband that she doesn’t “like” her current figure. “It’s annoying to be out of breath, when you know you gained 20 pounds in two months from sitting around here eating everything the kids eat,” she said, adding that she’s “been beautiful” her entire life but “just had a weight problem.”

As Michael said that he doesn’t “complain” about his wife’s body, she countered by saying: “But you gotta feel sexy to be sexy, right? And, you know, I never like to feel fat or anything.”

Michael reiterated that he likes “big things” and that he preferred Angela the way she is. However, Angela suggested that their sex life may improve following the procedure. “We have great sex now, Michael. But can you imagine [what it would be like] with a hundred pounds off?” she said. “I’ll flip you upside down.”

Michael declared that Angela’s “lucky we are far apart” right now, but she said that he “can’t stop” her from going through with the surgery. He then pleaded for the nursing assistant to change her mind.

Angela concluded that she wanted to do this for herself, and Michael responded by throwing his hands up and crossing his arms.

The reality star recently addressed her wellness journey in August, when she posted a pic of her slimmer figure while promoting a weight loss product. “These @boombod shots made sure I stayed on track with my goals this summer,” she wrote via Instagram, sharing a before and after shot of her transformation. “Cravings are down and I’m feeling so motivated 🤗 .”

Angela added, “Progress is slowly coming along and I’m so glad I’m starting to stay consistent 💕 These fit so well with my routine I suggest checking them out too.”

Check out the Halloween programming available on BritBox

Royalty Brown, 6, Looks Too Cute In Her School Uniform For 1st Day Of 1st Grade