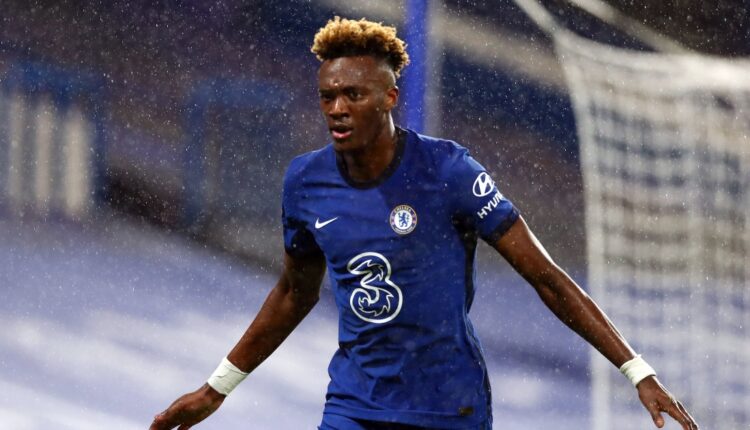 Tammy Abraham has reportedly agreed terms with Arsenal over a move to the Emirates, despite Chelsea agreeing a fee with Roma.

Abraham has struggled for game time under Thomas Tuchel at Stamford Bridge and with Romelu Lukaku set to join the Blues in a £97.5million deal, the academy graduate’s time in west London appears to be over.

Abraham initially attracted the interest of Aston Villa and West Ham, but they were put off by Chelsea’s £40million price tag.

But new Roma boss Jose Mourinho is an admirer and the Serie A side have reportedly agreed a deal with Chelsea over a two-year loan deal worth €5million with an obligation to buy for €35million.

But Abraham is said to prefer a Premier League stay and has ‘agreed terms’ with Arsenal over a move, according to the Mirror.

The 23-year-old was a regular under Frank Lampard and scored 30 goals in two top flight seasons at Stamford Bridge.

The German boss defended his decision back in April: “I can only judge what I see. I saw a bright young man in front of me. I saw a guy who is self-confident, who has a lot of talent.

“But it cannot be that in a period of such good results that suddenly the guys who don’t play are the winners.

“This is not logical to me. He was for some weeks not available, so is it now the moment to do crazy stuff and try things? If you just look at the data, you will say: ‘OK, he’s the top scorer.’ If you look at the data since we are here, it will maybe tell you a different story.”

Lukaku is now set to return to Chelsea, seven years after leaving permanently for Everton.

Last term he scored 30 goals as he led Inter Milan to the Serie A title.

And Tuchel has already talked up the Belgian, putting him in the top bracket of strikers around the world.

He said: “Romelu is one of the guys like Haaland at Dortmund, Robert Lewandowski at Bayern, Harry Kane at Tottenham, who is a real number nine who loves to score and who has a presence in the box. That is not a secret.”

“The sentence [Tuchel describing Lukaku as a ‘fantastic player’] is easy to repeat for any coach in the world.

“But [his] is the kind of profile we’re looking for and if it is possible to convince agents and clubs we will do our best.”