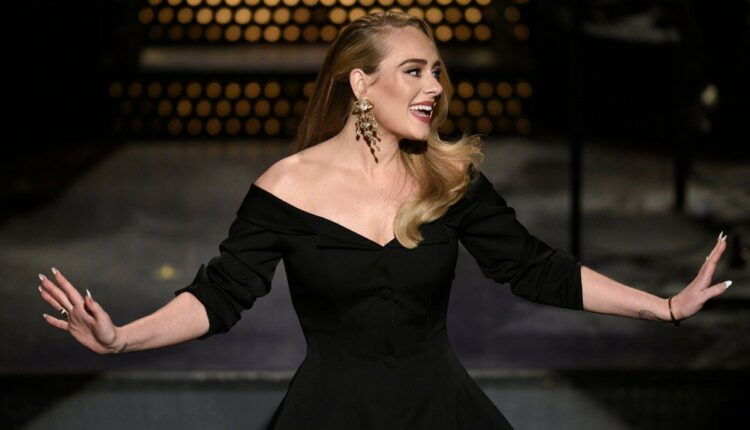 Adele Was ‘Disappointed’ by ‘Brutal’ Conversations About Her Weight

People couldn’t stop talking about Adele’s weight loss in May 2020 after the singer shared a photo of herself on Instagram. Now, Adele is opening up about how bad the at-times “brutal” public conversations about her body made her feel, as well as the connection between the way her body has changed and taking care of her mental health.

Adele addressed the topic in her candid November cover story for Vogue, where the star touches on subjects like the objectification of her body, battling anxiety, her relationship to exercise, the pressures of fame, going through a divorce, therapy, and making her new album.

“My body’s been objectified my entire career. It’s not just now,” Adele said of the public uproar about her weight loss. “I understand why it’s a shock. I understand why some women especially were hurt. Visually I represented a lot of women. But I’m still the same person.” The most difficult part of all that attention was the cruel comments women were making. “The most brutal conversations were being had by other women about my body,” Adele said. “I was very fucking disappointed with that. That hurt my feelings.”

Adele also clarified why she lost weight in the first place. Back in 2019, the singer was dealing with a lot of stress and anxiety as she went through several major upheavals in her life—personally (getting divorced from Simon Konecki), professionally (slowly recovering her voice after undergoing vocal cord surgery in 2017), and astrologically (hitting her Saturn return). While many people “had to face a lot of their demons” while isolated and in lockdown during the pandemic, “I did that the year before,” Adele explained.

During that time, exercise became an essential tool for Adele to manage her anxiety and prioritize her mental health. “It became my time. I realized that when I was working out, I didn’t have any anxiety,” Adele said. For the past three years, she has done weight lifting and circuit training every day, according to Vogue, sometimes twice if her anxiety is particularly severe.

Adele has focused on getting stronger—in the hopes that strength would carry over into her mental and emotional well-being. “It was never about losing weight,” Adele explained. “I thought, If I can make my body physically strong, and I can feel that and see that, then maybe one day I can make my emotions and my mind physically strong.” She started with her core: “I have a bad back and I had a C-section,” Adele said. “So I had just nothing going on down there.”

Along with regular workouts, Adele cited several other mental health and self-care tools that helped her get through that especially tough year. “It was a lot of sound baths. It was a lot of meditation. It was a lot of therapy,” she said. “And a lot of time spent on my own.” Writing music was also hugely therapeutic.

Microsoft’s Satya Nadella on Flexible Work, the Metaverse, and the Power of Empathy

If you ever wanted to help find new planets, now’s your…