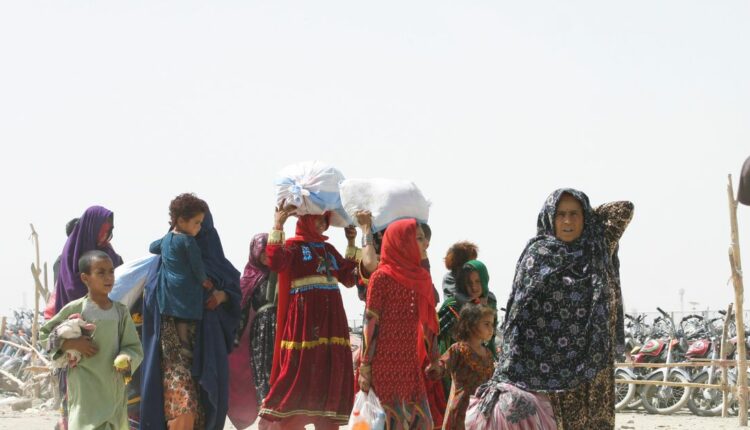 People from Afghanistan walk with their belongings as they cross into Pakistan at the ‘Friendship Gate’ crossing point, in the Pakistan-Afghanistan border town of Chaman, Pakistan, September 7, 2021. REUTERS/Saeed Ali Achakzai

GENEVA, Sept 13 (Reuters) – Many Afghans are still fleeing their homes despite a drop in violence since the Taliban seized power last month, and the number of people crossing land borders has also risen, the head of the U.N. migration agency told an aid conference on Monday.

“We have launched last week a flash inquiry of movements of population and in spite of fact that there is decrease of conflict we still register high levels of internal displacement mainly towards urban areas as a consequence of degradation of environment in rural areas,” the International Organization for Migration’s Antonio Vitorino said.

The rise in Afghans going to bordering countries was “not a massive outflow” but was mostly happening via unofficial routes and so was difficult to monitor, he added.

They responded to 9/11 as officers, now they treat those who stood beside them