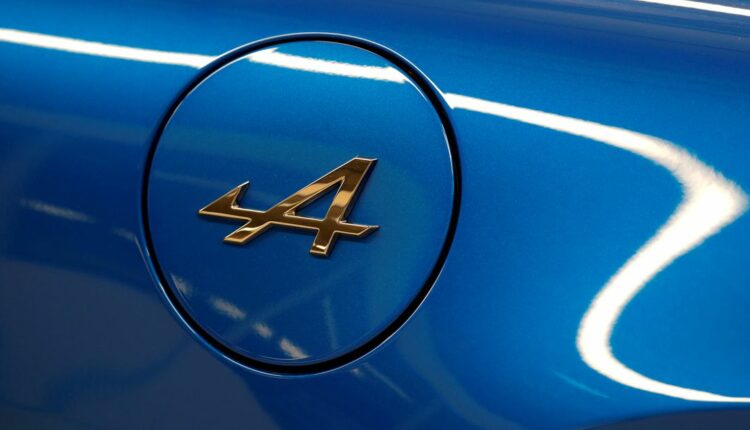 People look at an Alpine A110 Legende GT sport car during its unveiling at the Studio Alpine in Boulgone-Billancourt, near Paris, France, March 3, 2020. REUTERS/Charles Platiau/File Photo

Speaking to Reuters ahead of the announcement of Alpine’s plans for endurance racing, Rossi did not rule out an eventual presence in Asia and the Americas but said that was not under current consideration.

Renault is absent from the U.S. market, after two previous failed attempts, but has a strong presence in Latin America. Alpine also has a team in Formula One, with the United States a key market for the sport.

The brand currently focuses on the A110 model but three new sporty electric cars are due to come on stream from 2024.

Rossi said increasing sales in Europe was an immediate priority. Alpine sold 1,200 cars in the first half of this year, mostly in France, Germany and Britain.

“The U.S. is 50% of the sportscar market. The Renault Group is not in the U.S. for good reasons. It exited the U.S. twice. We need to make sure that if we make a return, it’s a successful one,” he said when asked about that possibility.

“We would probably err on the side of caution because you can’t really mess up a third time. And the Alpine brand is in a rebirth so we have a lot of things to accomplish first, to establish it as a solid, graduated brand in Europe.”

Rossi said Alpine would use the Renault Group’s network of dealers in Europe to drive growth and hoped the next generation of cars would sell in much greater numbers.

Reporting by Alan Baldwin in London; Editing by Lisa Shumaker