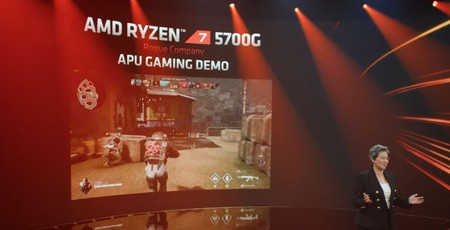 Earlier this year, AMD launched its Ryzen 5000G series APUs for OEMs. Now, due to overwhelming demand, it has decided to launch the ‘Cezanne’ Zen 3 core / Vega graphics packing processors to the enthusiast / DIY market. So, in August, it will finally provide successors to the ageing (Zen + core) Ryzen 5 3400G and Ryzen 3 3200G APUs for those who are looking to build their own PCs.

At Computex, AMD CEO Dr Lisa Su reminded us of the good all round performance that these Cezanne processors provide. The slide below encompasses the hard to ignore value proposition of installing these APUs to build a system which can later be upgraded to more powerful CPUs and/or a dedicated graphics card should your pockets be deep enough and your finger fast enough. 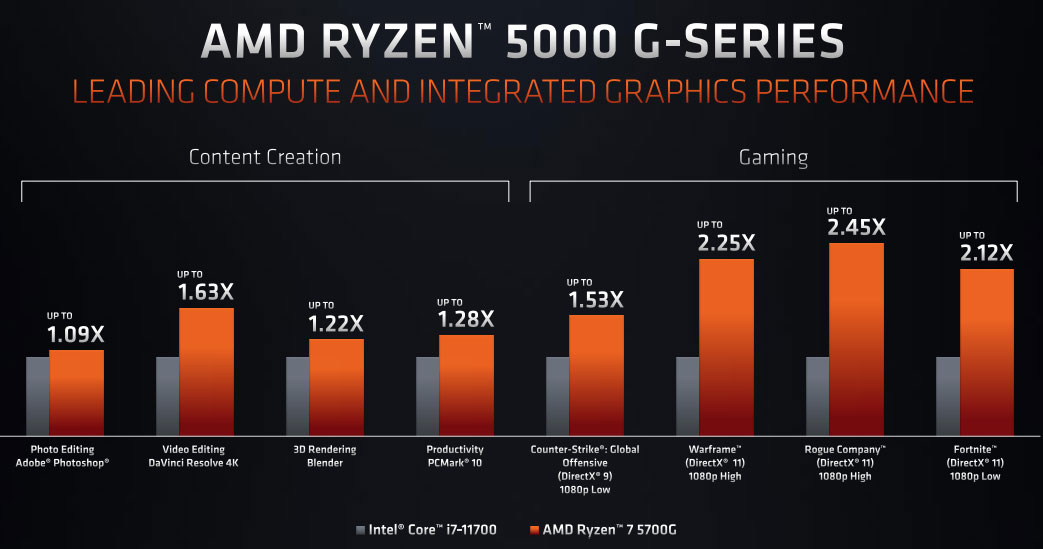 The last segment of AMD’s Computex presentation was pretty interesting as Dr SU turned to discuss, and then demonstrate, some of AMD’s advanced chip technologies. AMD has been working closely with TSMC since about 2015 on adopting leading processes and packaging techniques.

At the present time AMD is working on a prototype version of the powerful Ryzen 9 5900X processor with 3D packaging technology enabling the adding of 64MB of extra cache per CCD providing 2TB/s bandwidth. This packaging tech “provides over 200 times the interconnect density of 2D chiplets and more than 15 times the density compared to existing 3D packaging solutions,” asserts AMD.

In-house testing reveals that the modified Ryzen 9 5900X with ‘3D V-Cache’ performs 15 per cent better on average in PC gaming, compared to an iso-frequency unmodified chip. This is an impressive achievement and Su told the audience that 3D V-Cache will start to be integrated in high-end Ryzen chips starting from the end of this year.

In other AMD announcements today:

AMD FidelityFX Super Resolution (FSR), a “cutting-edge spatial upscaling technology,” was announced and demonstrated. This Nvidia DLSS challenging tech will work on all GPU brands, extending to some pretty old hardware (Radeon RX500 series, GeForce GTX10 series). Users can expect faster frame rates in higher resolutions with four quality presets offering up to a 2.5x fps boost, depending on title. FSR support debuts in some games starting 22nd June and AMD is currently taking requests to decide which games to roll it out to first.