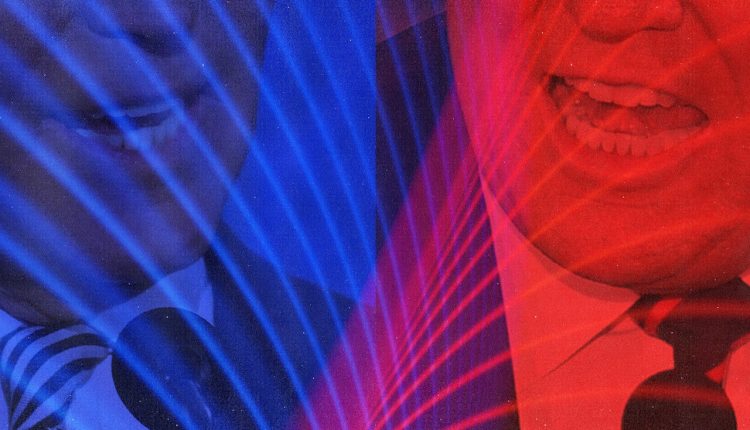 One of the first questions during last night’s presidential debate was about COVID-19. And, although the debate was chaotic to say the absolute least, former Vice President Joe Biden did manage to get in some clear criticism of President Trump’s response to the coronavirus pandemic.

The second subject of the presidential debate was COVID-19, “an awfully serious subject,” as moderator Chris Wallace put it. “Based on what you have said and done so far and what you have said you would do starting in 2021, why should the American people trust you to deal with this public health crisis going forward?” Wallace asked, directing the question to Biden first.

For starters, Biden pointed out that the U.S. only accounts for about 4% percent of the world’s population, but is responsible for 20% of the global coronavirus death toll. To date, over 200,000 people have died in the U.S. and 1 million have died globally due to COVID-19, the New York Times reports.

“Between 750 and 1,000 people a day are dying,” Biden said. About 700 to 800 people have died in the U.S. due to COVID-19 every day in September, according to data from the University of Washington’s Institute for Health Metrics and Evaluation (IHME). “When [Trump] was presented with that number, he said, ‘It is what it is.’ Well, it is what it is, because you are who you are.”

He also later touched on the disproportionate effect the pandemic has had on Black communities in the U.S. “You talk about helping African Americans—one in 1,000 African Americans has been killed because of the coronavirus,” Biden said, “and if he doesn’t do something quickly, by the end of the year, 1 in 500 African Americans will have been killed.” Recent estimates from the APM Research Lab suggest that one in every 1,020 Black people has died from COVID-19 in the U.S. (compared to one in every 2,150 white people).

Biden went on to criticize Trump’s initial response to the pandemic. “The president has no plan. He knew all the way back in February how serious this crisis was,” Biden said, referring to the recently released recordings of Trump speaking to journalist Bob Woodward. “He knew it was a deadly disease. What did he do? He said he didn’t tell us or give the people a warning of it because he didn’t want to panic the American people. You don’t panic, he panicked.”

Previously, Biden outlined his plan to combat COVID-19, which centers on two major points: First, the plan calls for a decisive public health response that involves widely available testing, developing a vaccine, and the distribution of crucial medical supplies. Second, there would be an economic response, which would include emergency aid to the people and businesses impacted by the pandemic.

When asked about his accelerated vaccine timeline, Trump responded that it was simply a “political thing,” and that he’s spoken to the pharmaceutical companies himself about getting a vaccine rolled out sooner. Experts, including the directors of the Centers for Disease Control and Prevention (CDC) and the National Institute for Allergy and Infectious Diseases, agree that having a vaccine available to the general public before the end of the year—and definitely before Election Day—is highly unlikely.

“This is the same man who told you, ‘By Easter this would be gone away, by the warm weather it would be gone, like a miracle. And by the way, maybe you could inject some bleach in your arm and that would take care of it,'” Biden responded, referring to a press conference in late April during which the president mentioned that researchers should look into the possibility of injecting bleach into people to treat the coronavirus. “That was said sarcastically and you know it,” Trump replied.

“Here’s the deal, this man is talking about a vaccine. Every serious company is talking about maybe having a vaccine done by the end of the year,” Biden said. “But the distribution of that vaccine will not occur until the beginning or middle of next year to get it out—if we get the vaccine.” Earlier this month, CDC director Robert Redfield, M.D., testified before Congress that COVID-19 vaccine likely wouldn’t be available for most people until spring or summer of 2021, SELF reported previously, which is why it’s crucial to keep wearing our masks and maintain social distancing for the time being.

Finally, the two discussed masks. President Trump said he wears a mask “when needed,” but Biden responded that “masks make a big difference.” The president said he’s “okay with masks” and “not fighting masks,” but his family in the audience was conspicuously not wearing masks, despite the Cleveland Clinic’s recommendation.

The debate was full of interrupting and personal attacks, and it wasn’t always easy to piece together the point the candidates were trying to make. But when it came to COVID-19, the two were incredibly clear—and Biden’s criticism echoed the frustration and disappointment with the current administration’s response to the pandemic that many of us feel.