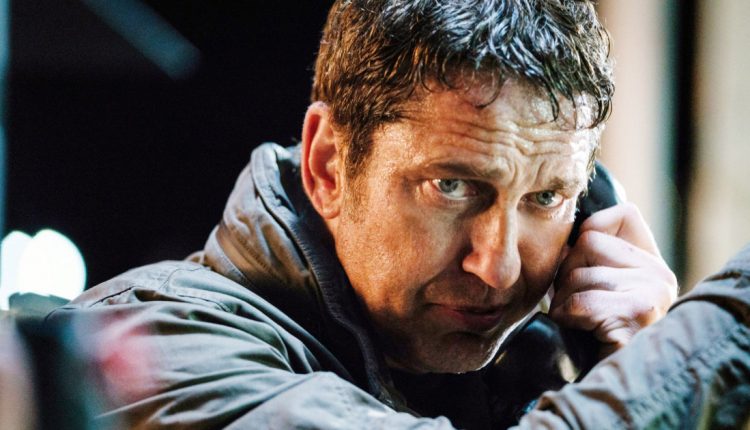 Blockbuster remakes and franchise sequels have been the victors of summer spoils at the box office — and the penultimate weekend of the season is no exception with three-quel Angel Has Fallen taking the top spot.
The franchise, which follows Secret Service Agent Mike Banning (Gerard Butler), exceeded expectations to win the box office this weekend with an estimated $21.3 million in ticket sales across 3,286 theaters. Last weekend’s victor, original gross-out comedy Good Boys, slides to second place with an estimated $11.8 million in ticket sales. And third place goes to a film which also overperformed its expectations — faith-based feature Overcomer lands in the top three with an estimated $8.2 million debut.

Angel Has Fallen marks another summer box office victory for Lionsgate (they also launched John Wick: Chapter 3 — Parabellum to immense success this year). The film is the third in co-distributor Millennium Angel’s action franchise after 2013 hit Olympus Has Fallen and 2016 follow-up London Has Fallen. While Angel Has Fallen couldn’t rise to Olympus Has Fallen’s $30.4 million debut, it’s essentially on par with London Has Fallen’s $21.6 opening.
The film follows Secret Service Agent Mike Banning when he goes on the run after being wrongfully accused of being behind an assassination attempt on U.S. President Allan Trumbull (Morgan Freeman). Banning has to clear his name and evade the FBI to uncover the real threat to the President. In addition to returning players Gerard Butler and Morgan Freeman, Nick Nolte, Jada Pinkett Smith, and Lance Reddick join the cast for this third outing. Ric Roman Waugh directs. Audiences are enjoying the film and gave it a solid A- CinemaScore.

Kendrick has a long history of success with faith-based films, most recently with 2015’s War Room and 2011’s Courageous. In 2015, War Room debuted in second place with an $11.4 million opening. The film is likely to have legs given that it’s earned a rare A+ CinemaScore.

This weekend’s another new release, Fox Searchlight’s R-rated horror film Ready Or Not lands in sixth place with an estimated $7.6 million in ticket sales across 2,855 theaters. The horror thriller came in behind expectations, but is garnering strong word of mouth, including a fair B+ CinemaScore.

Ready or Not centers on a bride’s wedding night that takes a twisted turn when her eccentric in-laws force her to take part in a terrifying game. Samara Weaving (SMILF) stars as newlywed Grace. Adam Brody, Mark O’Brien, Henry Czerny, and Andie MacDowell round out the cast, and the film is directed by Matt Bettinelli-Olpin and Tyler Gillett.
Two of the summer’s strongest performers round out the top five with The Lion King landing in fourth place with an estimated $8.2 million and Hobbs & Shaw in fifth with $8.1 million. Disney’s remake of The Lion King continues to post impressive numbers in its sixth weekend (and depending on how Sunday goes could actually surpass Overcomer to land in the third-place spot). It’s poised to cross $1 billion in international sales tomorrow, and will be only the ninth film in history to do so.

Fast & Furious Presents: Hobbs & Shaw continues to post impressive returns in its fourth weekend out. The Fast & Furious spin-ff is approaching $600 million globally after this weekend’s massive $102 million debut in China. That marks the biggest August debut of all time in China, as well as the second-biggest opening for a foreign film there this year after Avengers: Endgame.
Overall box office is down 6.4 percent to date, according to Comscore, holding steady from last week. Check out the August 23-25 numbers below.