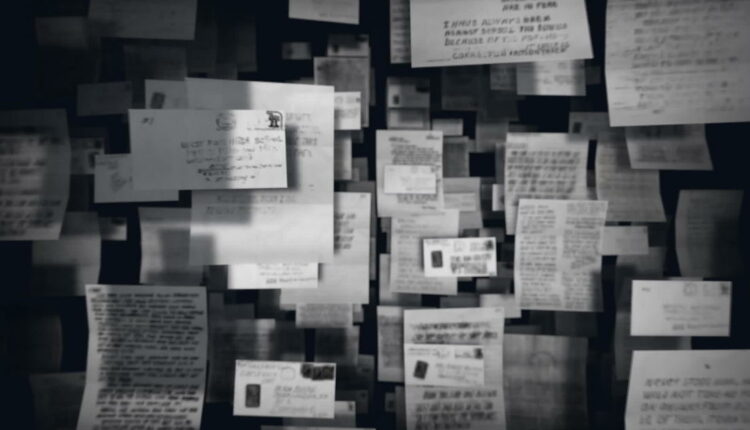 chargedImagine the shock and fear of finding in your mailbox a poison pen letter from someone who claims to know your deepest secrets. And what happens when the letters continue, and your friends and neighbors begin receiving them too? It may sound like a plot from a thriller, but, in fact, a very real flood of anonymous letters terrorized a small town in Central Ohio for nearly 20 years.  And the letters didn’t stop even after a man went to prison.

Today, the question of the identity of the mastermind behind the poison pen letters continues to divide the town of Circleville, where many people still believe the wrong person went to prison. I take a look at the case that is the subject of numerous podcasts in “The Circleville Letters,” airing Wednesday, August 25 at 10/9c on CBS.

I grew up in Columbus, Ohio, just 30 miles north of Circleville, a quaint town best known for its annual Pumpkin Show that attracts, according to the town’s website, more than 400,000 visitors a year. Nowhere on that website, however, is a mention of the other event that also put a spotlight on the town: the campaign of menacing letters that began sometime in the late 1970s.

The mainly handwritten, anonymous letters initially focused on Gordon Massie, the married Westfall School superintendent whom the writer accused of having an affair with a school bus driver by the name of Mary Gillispie. But soon, Gillispie herself, her husband, Ron, and even their children became the target of letters that grew in number and in vitriol. In time, nearly everyone in town either received a letter or knew someone who did.

The vicious tone of the letters seemed out of character for Circleville, a Midwestern community where many residents place family, faith and football above everything else. The Pickaway County Sheriff’s Office investigated but turned up nothing. People began to wonder who would take the time to crank out letter after letter to frighten friends and neighbors? Was it more than one person? Male or female? Could the writer be that person behind you in the grocery line or at the post office? And would the letters lead to violence?

Life and the letters went on for years in Circleville. Then the writer began supplementing the letters with signs posted in town and along Mary Gillispie’s bus route. On the afternoon of February 7, 1983, Gillispie was driving her empty school bus on the way to pick up students when, as she told police, she saw one such sign posted on a fence. She stopped, tugged at the sign, and discovered it was attached to a box trailing twine. After taking the box home, she says she looked inside and was shocked to discover a loaded gun. Sheriff investigators determined the handmade device to be a booby trap that failed to fire.

One day Mary Gillispie saw an obscene sign about her daughter on a fence. When she went to remove it, she noticed it was tied to a string, which led to a box with a gun rigged to go off.

The alleged attempted murder of the school bus driver became a huge story in the area. And even bigger news was the man who was arrested and charged with the crime: Mary Gillispie’s brother-in-law, Paul Freshour. The arrest shocked his family and friends. Freshour, a manager at the Anheuser-Busch facility, had no criminal history and lived outside Circleville. Pam Stanton, a longtime family friend, thought investigators had the wrong man. “Uncle Paul was not this cruel, callous, want-to-be a murderer,” she said. “It’s just preposterous.”

Freshour, however, had become a suspect after the gun was traced to him. And although he denied setting up the device and told investigators that his firearm had been stolen weeks earlier from his garage, his fate was sealed after investigators spoke with his estranged wife, Karen Sue. She told them that she believed Freshour was, in fact, the Circleville letter writer.

The gun belonged to Paul Freshour. The news was shocking because Freshour was Mary and Ron Gillipsie’s brother-in-law.  His estranged wife told investigators he was also the Circleville letter writer.

In October of 1983, Freshour went on trial for attempted murder.  It was not a strong case. There was no physical evidence that tied Freshour to either the gun or the device it was found in and Freshour had an alibi for much of the afternoon when the alleged booby trap would have been placed on the fence. Yet, after two document examiners testified that the handwriting found on those anonymous letters sent to Mary Gillispie could be Freshour’s handwriting, he was convicted and sent to prison.

Although Freshour was convicted of attempted murder, investigators believed he was the man behind the poison pen letters and that the long reign of terror was finally over. They were wrong. The letters didn’t stop.

Paul Freshour was locked away, but the onslaught of anonymous threats continued. And continued even after a frustrated prison warden put Freshour in solitary confinement. One letter was even sent to Paul Freshour himself. Still, authorities continued to insist Freshour was behind the letter campaign, suggesting he had an accomplice outside the prison. It was another 10 years before the letters finally ceased, around the same time that Paul Freshour was released from prison.

So, was he the Circleville letter writer? Until his death, Freshour insisted he was neither the writer nor the person who put up the booby trap. An analysis done by former FBI profiler Mary Ellen O’Toole, as part of a “48 Hours” investigation, raises new doubts about whether the case was solved with Freshour’s conviction.

O’Toole, who in her career with the FBI helped profile notorious criminals like the Unabomber, describes a person who doesn’t appear to fit Freshour’s public persona. She believes that the anonymous Circleville writer had a serious personality disorder and enjoyed hurting others. She suggests that those around the writer would have seen the callousness. “That the need for that kind of power, control. The need to dominate,” she says, “… the need to scare people preexisted these letters.”

More importantly, O’Toole believes the person behind the letters, who went to so much trouble to stay anonymous, likely would not have taken the risk to set up the booby trap. Instead, she says, “I think there’s certainly a possibility that — that booby trap was put up by somebody else … who took advantage of the situation.”

O’Toole’s belief that the writer could be someone other than Paul Freshour calls into question the testimony of those two handwriting experts at trial that linked Freshour to the letters. So “48 Hours” asked forensic document expert, Beverly East, to do a new analysis.

Forensic document expert Beverley East examines the handwriting on a selection of the Circleville letters at the request of “48 Hours.”

After comparing a selection of 49 of the anonymous letters to Paul Freshour’s known writing, East says she is confident she knows the identity of the Circleville letter writer. “I would go into court and swear on the Bible on the evidence I found,” she said.

Find out who she thinks is responsible in “The Circleville Letters,” an all-new “48 Hours” airing on a special night, Wednesday, August 25 at 10/9c on CBS.