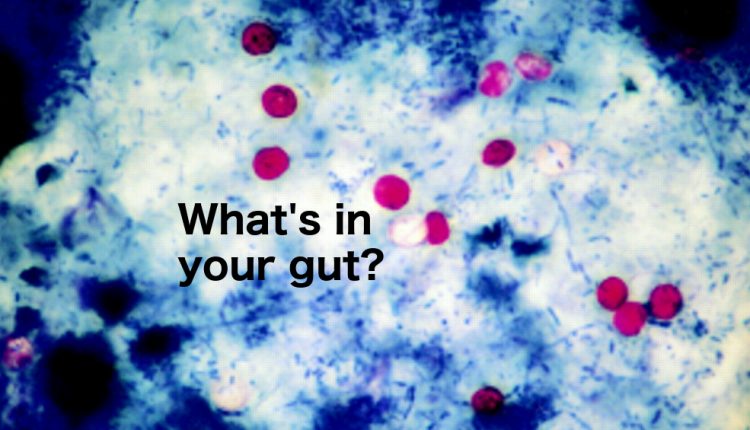 For the second time in as many years, the Fresh Express processing plant in Streamwood, IL, is implicated in a Cyclospora outbreak. Two years ago, the Food and Drug Administration confirmed the presence of the Cyclospora parasite in a lettuce and carrot mix distributed to McDonald’s from the Streamwood, IL Fresh Express facility.

On June 27 this year, in a “precautionary recall,” Fresh Express acknowledged that its Streamwood, IL, facility is again the source iceberg lettuce, red cabbage, and carrot products now being recalled for “potential Cyclospora risk.”  In the U.S. and Canada, this current Cyclospora outbreak has sickened at least 546 and hospitalized 34, respectively.

The Fresh Express recall of the Streamwood, IL, products was followed by a reported spike in the number of confirmed cases in the U.S. as the 2020 outbreak is an ongoing event. A 59.5 percent bump increased the laboratory-confirmed Cyclospora infections to 509, an increase of more than 300 in the United States. The other 34 cases are being reported in Canada.

Illnesses started on dates ranging from May 11, 2020, to July 1, 2020. Ill people range in age from 11 to 92 years with a median age of 60. Fifty-three percent are female. Of 506 people with available information, 33 people, or 7 percent, have been hospitalized. No deaths have been reported.

The Public Health Agency of Canada is also investigating the outbreak of Cyclospora infections occurring in three Canadian provinces where exposure to certain Fresh Express brand salad products containing iceberg lettuce, carrots and red cabbage, has been identified as a likely source of the outbreak.  Thirty-seven illnesses are reported in Canada.

Epidemiologic and traceback evidence continues to indicate that bagged salad mix containing iceberg lettuce, carrots, and red cabbage produced by Fresh Express is a likely source of this outbreak.

In interviews, ill people answered questions about the foods they ate and other exposures in the two weeks before they became ill. Ill people reported eating a variety of brands of bagged salad mix containing iceberg lettuce, carrots, and red cabbage. Salad mixes eaten by ill people were purchased from Aldi, Hy-Vee, Jewel-Osco, and Walmart stores in the Midwest.

Traceback investigations by FDA suggest that the Streamwood, IL, Fresh Express production facility is the likely producer of the bagged salad mixes eaten by ill people. The FDA has begun an inspection at this facility.The  CDC and FDA continue to investigate to determine what ingredient or ingredients in the salad mix was contaminated and whether other products are a source of illnesses.

The Public Health Agency of Canada (PHAC) has issued a public health notice regarding an outbreak of Cyclospora infections in Canada, with 37 reported ill in three provinces. Exposure to certain Fresh Express brand salad products containing iceberg lettuce, carrots, and red cabbage, has been identified as a likely source of the outbreak. The Public Health Agency of Canada, Canadian Food Inspection Agency, U.S. FDA, and U.S. CDC are collaborating on these ongoing Cyclospora investigations.

The FDA continues to work with retailers to ensure the potentially adulterated products are effectively removed from the marketplace. As this outbreak investigation continues, the FDA will provide additional updates to this advisory.  This is the area, in addition to Canada, that the product was distributed.

See the following press releases for complete details on the recalled products:

What is Cyclospora?
Cyclospora is a parasite composed of one cell, too small to be seen without a microscope. The organism was previously thought to be a blue-green alga or a large form of cryptosporidium. Cyclospora cayetanensis is the only species of this organism found in humans.

The first known human cases of illness caused by Cyclospora infection (that is, cyclosporiasis) were first discovered in 1977. An increase in the number of cases being reported began in the mid-1980s, in part due to the availability of better diagnostic techniques.

More than 15,000 cases are estimated to occur in the United States each year. The first recorded Cyclospora outbreak in North America occurred in 1990 and was linked to contaminated water. Since then, several cyclosporiasis outbreaks have been reported in the U.S. and Canada, many associated with eating fresh fruits or vegetables. In some developing countries, cyclosporiasis is common among the population, and travelers to those areas have become infected as well.

Where does Cyclospora come from?
Cyclospora is spread when people ingest water or food contaminated with infected stool. For example, exposure to contaminated water among farmworkers may have been the original source of the parasite in raspberry-associated outbreaks in North America. Cyclospora needs time, one to several weeks, after being passed in a bowel movement to become infectious. Therefore, it is unlikely that Cyclospora is passed directly from one person to another. It is not known whether or not animals can be infected and pass the infection to people.

What are the typical symptoms of Cyclospora infection?
Cyclospora infects the small intestine and usually causes watery diarrhea, bloating, increased gas, stomach cramps, loss of appetite, nausea, low-grade fever, and fatigue. In some cases, vomiting, explosive diarrhea, muscle aches, and substantial weight loss can occur. Some people who are infected with Cyclospora do not have any symptoms. Symptoms generally appear about a week after infection. If not treated, the illness may last from a few days up to six weeks. Symptoms may also recur one or more times. In addition, people who have previously been infected with Cyclospora can become infected again.

What are the serious and long-term risks of Cyclospora infection?
Cyclospora has been associated with a variety of chronic complications such as Guillain-Barre syndrome, reactive arthritis or Reiter’s syndrome, biliary disease, and acalculous cholecystitis. Since Cyclospora infections tend to respond to the appropriate treatment, complications are more likely to occur in individuals who are not treated or not treated promptly. Extraintestinal infection also appears to occur more commonly in individuals with a compromised immune system.

How is Cyclospora infection treated?
The recommended treatment for infection with Cyclospora is a combination of two antibiotics, trimethoprim-sulfamethoxazole, also known as Bactrim, Septra, or Cotrim. People who have diarrhea should rest and drink plenty of fluids. No alternative drugs have been identified yet for people with Cyclospora infection who are unable to take sulfa drugs. Some experimental studies, however, have suggested that ciprofloxacin or nitazoxanide may be effective, although to a lesser degree than trimethoprim-sulfamethoxazole. See your health care provider discuss alternative treatment options.

How can Cyclospora infection be prevented?
Avoiding water or food that may be contaminated is advisable when traveling. Drinking bottled or boiled water and avoiding fresh ready-to-eat produce should help to reduce the risk of infection in regions with high rates of infection. Improving sanitary conditions in developing regions with poor environmental and economic conditions is likely to help to reduce exposure. Washing fresh fruits and vegetables at home may help to remove some of the organisms, but Cyclospora may remain on produce even after washing.

What Business Leaders Should Know About Cryptocurrency