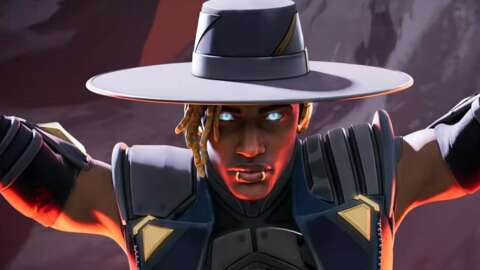 Apex Legends Emergence has begun (Season 10 patch notes are live too), introducing the 18th playable character: Obi Edolasim, aka “Seer.” Like Season 9’s Valkyrie, Seer is a recon legend, making him ideally suited to scouting and tracking. Unlike Valkyrie, Seer is better equipped for the latter than the former–he can’t get a lay for the land or transport his allies to safety as easily as Valkyrie can, but Seer’s abilities make him a powerful tracker.

Below, we go over everything we’ve learned playing as Seer, including his weaknesses and strengths. We also detail which legends pair well with Seer’s abilities, as well as how to play as the described “ambush artist” to take down your prey amidst the chaos of a battle royale.

Now Playing: Apex Legends Emergence – Everything You Need To Know

Seer is a stealth-based tracker, ideally suited for pinpointing an enemy’s location and surprising them with a carefully orchestrated ambush. He excels at close- to mid-range, so he should take the lead when enemies are within 75-100m. You should grab weapons designed for that range (our favorites are the G7 Scout, 30-30 Repeater, Bocek Compound Bow, and Rampage LMG) and take on a more supportive role from behind the close-range fighters on your squad if combat occurs in an open space.

Though his tactical ability does do a slight amount of damage (10 points of damage–it’s really not that much), Seer’s abilities are all primarily geared around gathering and sharing information with his squad. When playing as Seer, it’s your job to manage the cooldowns on your tactical and ultimate abilities, using each at the best opportune time to highlight enemies so that your allies can easily kill them.

Because of the limited range of his abilities, Seer is tailored to very specific situations–remaining in constant contact with your team and knowing the layout of the battlefield is key to success. Many legends have abilities geared to helping them overcome mistakes; Seer does not. So to best utilize his abilities, it’s ideal to have a basic understanding of how to best approach all major points of interest and know where your allies are in relation to the enemy at all times.

Surprisingly enough, Seer’s greatest weakness is the sky. Because of the delay on Focus of Attention, it can be trickier to time it with a falling/flying target than one running along the ground. Additionally, Exhibit stops tracking targets once they’ve left the ground for a certain amount of time (no matter how fast they’re moving). A small jump won’t get you off Seer’s radar, but Pathfinder’s Zipline Gun, Octane’s Jump Pad, Horizon’s Gravity Lift, and both Valkyrie’s VTOL Jets and Skyward Dive will.

Bloodhound is one of the best legends to pair with Seer as Bloodhound can first use their abilities to cast a wide net and figure out the general location where enemies are hiding and then Seer can use his abilities to pinpoint the enemy squad’s exact location.

Bangalore is a surprisingly helpful pairing as well. Using her Smoke Launcher, Bangalore can fill rooms with smoke, blinding friend and foe alike–unless Seer is there to use Exhibit, highlighting the enemies through the smoke. Your enemies won’t be able to see you, but you and your teammates will be able to see them. Caustic works for this strategy too, but he can’t blanket as wide an area as quickly as Bangalore can.

Because Seer has such a small window of effectiveness, any legend that can help him quickly move across open fields to reach the more enclosed spaces where he excels is a worthwhile partner. Pathfinder and Octane are our favorites, but Valkyrie and Wraith work too.

Seer’s direct counter is Mirage. Though the holographic trickster’s decoys don’t produce heartbeats, they all get tagged as targets in Seer’s Exhibit. If you see a Seer Exhibit, send in a decoy with your two squadmates while you wrap around and you’ll possibly trick the Seer into thinking your two allies are a full squad. And once you actually are on the Seer, use Mirage’s ultimate ability–Seer will be so overloaded with information, it will prove difficult for him to react before you get a few shots on him first.

Keep in mind: Mirage’s decoys need to be in close proximity to Seer for Mirage to be a direct counter. From a distance, it’s much easier to discern which Mirage is a decoy and which is the real deal–at that point, Seer is more a direct counter to Mirage.

Both Revenant and Caustic are good counters to Seer as well, though to a lesser extent. Revenant can use his Death Totem outside of Exhibit before walking into it as a shadow to scout the area without much consequence, and maybe even manage to Silence the Seer before getting sent back to the totem. And Seer’s abilities do not pick up or destroy Caustic’s traps–if Seer manages to scan you while you’re playing as Caustic, throw up some Nox Gas Traps and just wait for him to come to you.

Though not a direct counter to Seer, Wraith does not appear in his Exhibit nor on his Heart Seeker while she’s using Into the Void. So she can get the drop on him provided the battlefield is noisy enough to mask the unique sound she makes while entering and exiting the void.

Why Keselowski’s move to Roush Fenway is just the beginning