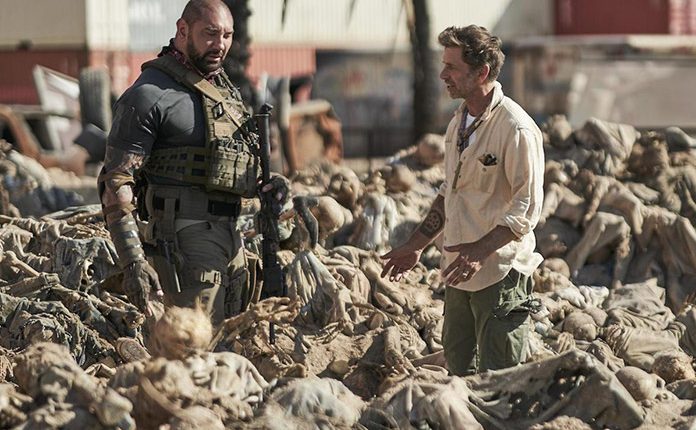 It has been announced that Zack Snyder’s zombie thriller “Army of the Dead” will play exclusively in U.S. cinemas starting on May 14th – one week prior to its Netflix release on May 21st.

Cinemark, one of the country’s biggest theater chains, has agreed to play the movie in an arrangement that marks the first-ever Netflix film to score a wide release at a major theater chain.

The film will be shown at 200 Cinemark locations and roughly 600 theaters in total. Main rivals AMC and Regal will NOT be showing the film.

The release marks a milestone as exhibitors, including Cinemark, had always refused to release Netflix films because the streamer wouldn’t comply with the 90-day theatrical window.

With the pandemic having obliterated that window for good, it has forced exhibitors to be more flexible and adjusting to different windows for each release ahead of what looks to be a maximum of 45 days exclusivity window in 2022, and less in quite a few cases.

Both Netflix and Cinemark say they expect to continue working together in the future.