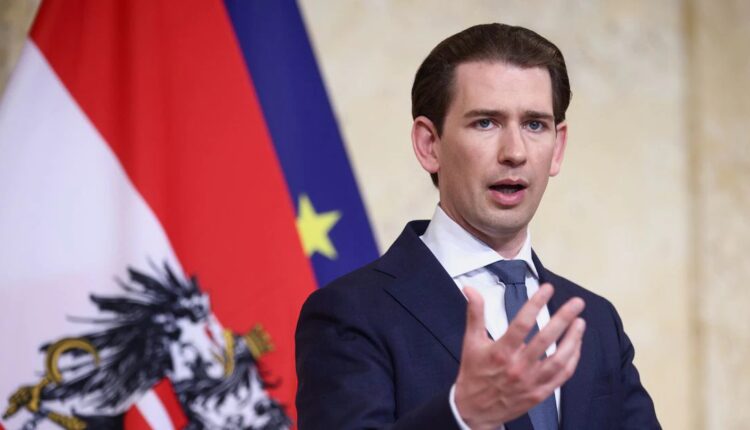 Austria’s Kurz says he opposes taking in any more Afghans

Austria took in more than one percent of its population in asylum seekers during Europe’s migration crisis in 2015 and 2016, and Kurz has built his career on taking a hard line on immigration, winning every parliamentary election since 2017. read more

While the European Union grapples with what to do with Afghans who assisted it over the past 20 years, Kurz said coming to Austria was not an option. read more

“I am clearly opposed to us now voluntarily taking in more people and that will not happen during my chancellorship,” Kurz said in an interview with TV channel Puls 24. Excerpts of the interview were released before it was broadcast later on Sunday.

Austria has more than 40,000 Afghan refugees, the second-biggest number in Europe after Germany, which has 148,000, according to data from the U.N. refugee agency UNHCR for 2020. Austria’s population is nine times smaller than Germany’s.

Austria is also a neutral country and not a member of NATO. It sent only a very small number of troops to Afghanistan. NATO’s website lists it as having sent 16 troops for the Resolute Support Mission, an effort to train and advise the Afghan security forces.

“I am not of the opinion that we should take in more people. Quite the opposite,” Kurz said of Afghans fleeing their country.

“Austria has made a disproportionately large contribution,” he added, referring to the large number of Afghan refugees and asylum seekers already in the country.

He said people fleeing Afghanistan should stay in the region, adding that neighbouring Turkmenistan and Uzbekistan had only taken in 14 and 13 Afghan refugees respectively, which matches the UNHCR data.