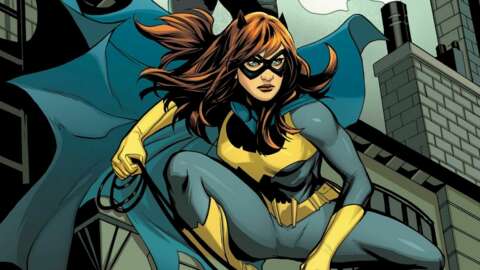 A Batgirl movie is in the works for HBO Max, says, and it will be directed by the duo behind last year’s breakout hit, , Adil El Arbi and Bilall Fallah.

This particular movie has been in and out of development for several years, dating back to 2017 when it was initially announced that Joss Whedon was in talks to write and direct on the project as part of the DCEU. However, in . In 2018, Bumblebee and Birds of Prey’s Christina Hodson was brought on to write the script. Since then, the project has been actively shopping for directors, which it has now found in Al Arbi and Fallah, who are coming off of another superhero franchise as the showrunners and directors on Disney+’s MCU TV show, .

Though the Batgirl mantle has been held by multiple characters in DC history, the film will reportedly center on Barbara Gordon, the second person who claimed the codename after her debut in the live-action Batman ’66 TV show where she was played by Yvonne Craig. Since her TV debut, Barbara made the jump to the comics where she acted as Batgirl until she was infamously shot and paralyzed by the Joker, which lead to her creating a new superhero identity for herself: tech genius and Batfamily cornerstone Oracle.

However, following the universe-wide continuity reboot of the New 52, Barbara’s history was given a slight revamp and her paralysis was reversed by experimental surgery, allowing her to reclaim the Batgirl mantle.

The movie will be produced by Kirstin Burr (Cruella), who says “With Batgirl, we hope to take the audience on a fun ride and see a different side of Gotham. Christina’s script is crackling with spirit. Adil and Bilall have an excited and joyous energy which is infectious, making them the perfect filmmakers for this Batproject.”

Currently, Batgirl has no announced release date. It will reportedly head straight for HBO Max.