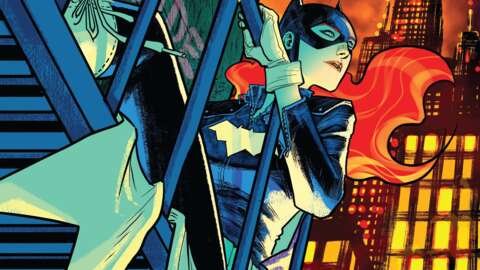 After years of false starts, it looks like DC’s Batgirl movie is finally moving forward. has reported that Leslie Grace (In The Heights) has been tapped to play the lead role of Barbara Gordon.

The Batgirl film is slated to head directly to HBO Max at some point in the future. Initially announced as a Joss Whedon project back in 2017, the movie has been in various stages of production and development since, shuffling between writers and directors. Most recently it was announced that would be helming the project.

Multiple people have taken on the Batgirl mantle over in DC Comics, but Barbara is arguably the most famous. The second hero to obtain the title, Barbara served as Batgirl first in the live-action Batman ’66 TV show where she was played by Yvonne Craig before making the jump to the comics. Later, she was infamously shot and paralyzed by The Joker which prompted a pivot away from the Batgirl name to a new one: a tech-based hero named Oracle.

However, after years of serving as Oracle, DC rebooted their comic book continuity and gave Barbara an experimental surgery, healing her paralysis and allowing her to take up the Batgirl mantle once more. She’s served in the role ever since.

Details about the film’s plot, scheduled release date, and supporting cast are being kept under wraps.