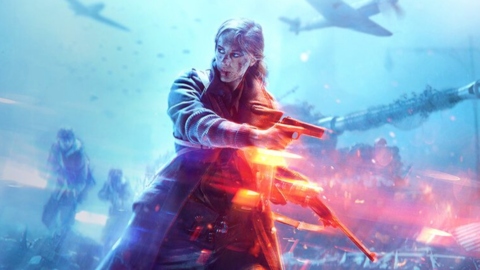 Battlefield 2042, or Battlefield 6, which isn’t actually the sixth game, or whatever the new Battlefield game is called, will be announced today. The official Battlefield Twitter channel recently offered the tease, saying viewers can tune in at 7 AM PT / 10 AM ET / 4 PM CEST to see the reveal. If alleged leaks are accurate, it’s shaping up to be a very different game from the last few releases. [Update: The trailer has premiered, revealing Battlefield 2042’s name and release date. We also have a more detailed Battlefield 2042 preview.]

Developer DICE previously said it would announce the new Battlefield game in June, so this is not a surprise. Electronic Arts, which owns DICE, is not participating in E3 2021 in an official capacity, but this reveal is happening just days before the show begins on June 12.

EA will formally reveal the new Battlefield game at 7 AM PT / 10 AM ET, so there isn’t much longer to wait. There will be a reveal trailer going live at that time through the video below. You can see the countdown now.

Given it’s going to be the global announcement of a new Battlefield game, you can expect EA to go big to promote the new military shooter. Whether or not we’ll see real gameplay or a cinematic trailer remains to be seen, but fans are surely hoping to see the game in action.

After the June 9 event, EA is likely to discuss the game again during the publisher’s own EA Play Live 2021 event is slated for July 22.

Lots of details about the new Battlefield leaked on Reddit. This includes the first details on a beta test coming in June, apparently, along with details about new environmental effects like tornadoes and twisters that can shake up the gameplay. The maps are said to be the biggest in Battlefield history, supporting up to 128 players at a time on current-gen consoles and PC.

Officially, EA has begun to update the social media pages for the Battlefield and EA accounts to feature “glitched” versions of their normal headers. What this means, however, is unknown.

How We Got Here

After Battlefield I and Battlefield V took place during World War I and World War II, respectively, it’s rumored that the new Battlefield game will return to a modern-day setting. Just recently, EA said it will deliver all-out warfare and is being worked on by the biggest development team ever across four studios.

“I can tell you it is a bold step. It has everything we love about Battlefield–and takes all of it to the next level. Epic scale. All-out military warfare. Crazy, unexpected moments,” DICE general manager Oskar Gabrielson said. “Game-changing destruction. Massive battles, packed with more players and mayhem than ever before. All brought to life with the power of next-gen consoles and PCs.”

When it’s released this holiday, the new Battlefield will go up against the next Call of Duty game from CoD: WWII studio Sledgehammer Games.