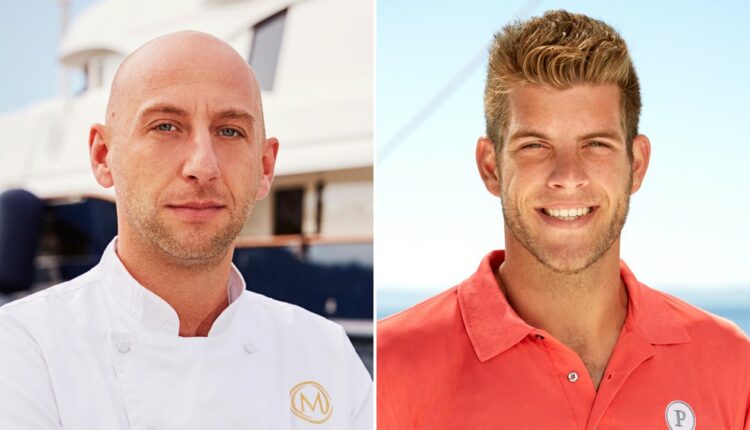 Picking a side. Below Deck Mediterranean’s Chef Mathew Shea has words for Jean-Luc Cerza Lanaux amid the deckhand’s paternity drama with Dani Soares.

“Man up if it’s yours,” the Rhode Island native exclusively told Us Weekly on Wednesday, July 14. “Come on, Daddy.”

The chef noted that he has spoken to Dani, 33, saying that the former stewardess “reached out” when she found out that Mathew was joining the Bravo show.

“We’ve messaged a little bit,” he told Us. “She said, ‘If you need anything, [I’m here]. She was really kind. Her, Rachel [Hargrove] and Alli [Dore], I’ve spoken to the three of them in private messages. It’s nice to hear from them.”

Dani gave birth to her daughter, Lilly, 1 month, in May. She stated in the show’s reunion the following month that she believes Jean-Luc, 25, is her baby girl’s father.

“Let’s put it this way. This baby was made during the season while we had cameras 24/7 with us and I only slept with one guy,” Dani said at the time. “He hasn’t supported me at all in any way. He thinks it is not his child and he doesn’t want to have anything to do with it.”

The Brazil native noted that she “did not plan” her pregnancy, adding, “Obviously, I say during the whole season that I want to be a mom and have a family, but I wanted a family. That was my plan. That was my vision. I would not choose to move to a new country where I don’t know anybody and choose to have a child with a 24-year-old boy that I barely knew.”

In a separate interview, Jean-Luc said that he hopes he and Dani can “coparent together.”

The new mom exclusively told Us earlier this month that she doesn’t plan to return to the show “anytime soon.” She added, “Never say never.”

As for Mathew, he left the sixth season of the show amid a knee injury that required surgery and later returned. “In the moment, it was the best thing I could have done for my mental health,” Mathew told Us on Wednesday. “I was in pain and having a full-blown panic attack, you know? And there were cameras in my face. It just a lot. It was all a lot.”

Below Deck Mediterranean airs on Bravo every Monday at 9 p.m. ET. New episodes will drop one week early on Peacock.

With reporting by Mandie DeCamp