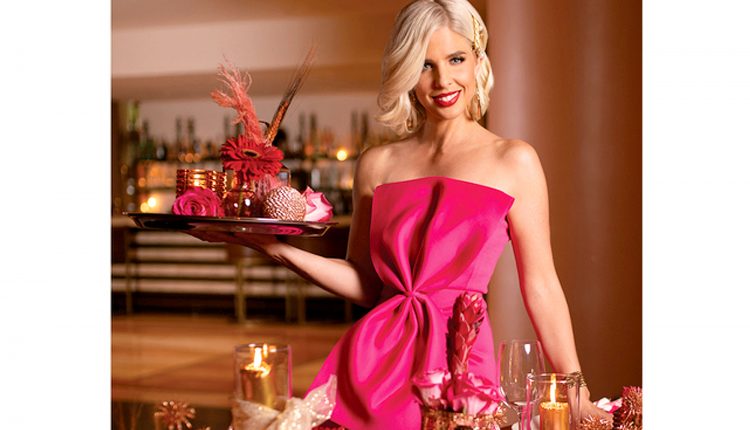 Weighing in! Bugsy Drake discussed the new season of Below Deck Sailing Yacht during an exclusive interview with Us Weekly — and learned the news that alums Ciara Duggan and Paget Berry ended their engagement.

“Honestly, I’m shocked that you just said Ciara and Paget broke up. I didn’t even know that. I’m obviously completely out of the loop with that. Oh my gosh, I’m in shock right now hearing that. So that’s my reaction to that,” Bugsy told Us while promoting her new book The Art of Tablescaping: Deck Out Your Table with the Queen of Theme which will be out May 4.

The pair, who originally started dating in 2016, both appeared on the first season of Below Deck Sailing Yacht, which premiered in February 2020. Following their time on the show, the couple revealed in July 2020 that they were engaged.

Several months later, Us confirmed that Ciara and Paget broke up in December 2020.

“There were a lot of reasons that it kind of broke down. Being in France, we weren’t quarantining, we weren’t stuck together or anything like that,” Ciara told Us exclusively last month. “We were there just kind of living life, but you know I was taking temporary jobs and I just kind of realized throughout taking those jobs that I was happier on my own for a lot of reasons.”

Ciara explained that the romance was “bound to not work out” since she was 18 years old when the relationship started. “I never really wanted to get married, if I’m being honest,” she said to Us.

During her chat with Us, Bugsy reflected on how shocked she was by Malia White and Tom Checkett‘s split as well.

Malia and Tom’s romance was at the center of season 5 of Below Deck Mediterranean and the couple announced their split shortly after the reunion.

“This industry is tough,” the bosun said during an appearance on Watch What Happens Live with Andy Cohen in September 2020. ″We work apart for a long time. There are some bad apples out there.″

Now when it comes to the new season of Below Deck Sailing Yacht, Bugsy admitted that she still needs to “actually binge and catch up.” The reality star did reveal, however, that she had some thoughts on the drama unfolding between Gary King and Daisy Kelliher.

The midseason trailer for the Bravo show recently teased more confrontation between the chief stew and the first offer.

When asked what he would change about the charter in the sneak peek at the rest of season 2, Gary answered “Daisy” which bothered the chief stew.

“I am sick of being made out to be the f–king bitch of the group,” she said following the comment from the first officer.

Surprise, Epic paid big developers more than indies to give their games away for free