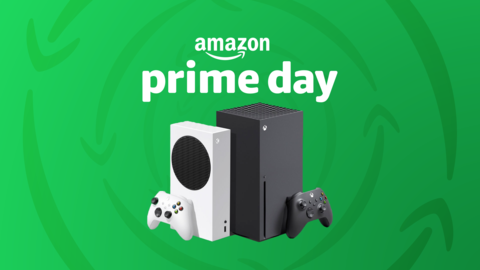 Amazon Prime Day 2021 ends tonight, but you still have time to shop deals on Xbox games, accessories, and subscriptions. Whether you’re a new Xbox Series X|S owner or a long-time Xbox One player, there are discounts to enjoy. And remember: Microsoft designed Xbox to be both backward and forward compatible, so the games and accessories listed below will work on your Xbox no matter what, regardless if you’re playing on current or last gen hardware. Just make sure you’ve got a console with a disc drive (i.e. not the Series S or One S) before snagging any physical games on sale. For even more savings, don’t forget to browse our Prime Day hub for even more deals and details about competing retailer events. And if you are also looking for some sweet bargains for other platforms, we have roundups for the best PS5 Prime Day deals and best Nintendo Switch Prime Day deals.

Prime Day Xbox game deals include steep discounts on third-party hits like Assassin’s Creed Valhalla, Watch Dogs: Legion, and Yakuza: Like a Dragon. Amazon also has a great bundle deal on digital versions of Forza Horizon 4, Halo 5, and Halo: The Master Chief Collection, dropping the price from $95 to $40. We’ve rounded up the best Xbox game deals you can snag during Prime Day.

The official Xbox Wireless Headset isn’t on sale for Prime Day, but Xbox owners have other great headsets to choose from. We’ve rounded up the best Prime Day Xbox headset deals below. Click “Show more” to see all of the discounts.

Big sales like Prime Day are always a great opportunity to extend your Xbox Game Pass subscription for cheap, whether it’s time for you to renew or not. Xbox Game Pass Ultimate is the best bang for your buck, combining Xbox Live Gold with Xbox Game Pass for PC and console along with EA Play and cloud gaming. Three-month subscriptions are on sale for $30 at Amazon. If you’re a new subscriber, you can get your first three months for only $1 directly through Microsoft.