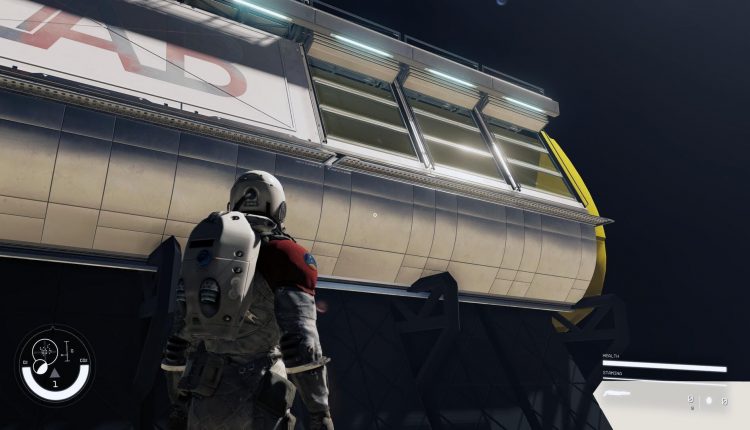 Bethesda’s Starfield screenshot leaks but will it be an Xbox exclusive?

What seems to be an image from Bethesda’s next game appears to have leaked online, raising the question of whether it’ll be out in 2021.

It’s only a few days since Microsoft announced it was buying Bethesda owner ZeniMax and already there’s been a purported leak, of brand-new franchise Starfield.

The screenshot turned up on Reddit and, as you can see, it doesn’t really show much and would be easy to fake. Which depending on your level of scepticism makes it either more or less likely to be real.

Starfield wasn’t officially announced until 2018 but Bethesda has never really explained what it is – beyond implying it’s a sci-fi role-player – or shown any substantial footage.

The assumption has always been that it’s a space exploration and/or trading game in the vein of Elite and Star Citizen but while that can’t be verified either way from the screenshot it does seem to suggest a relatively grounded style of science fiction.

There’s no sign of flashy ray guns or other more fantastical elements but instead a gauge showing oxygen and carbon dioxide levels, which implies something fairly realistic.

If the image is legit fan speculation seems to agree that it’s probably not a screenshot of the game being played but a test area that developers are using to see how in-game objects look and move.

What is the Starfield release date?

Bethesda has said that Starfield will be the next major game from Fallout and The Elder Scrolls developer Bethesda Game Studios, but they’ve never said when it will be out.

Prior to the Microsoft acquisition few expected it to be released next year but recently there’s been an increase in chatter suggesting it will be out in 2021.

There’s no evidence for this – not even any substantial rumours – but the subject has become of greater interest because of the question of whether Starfield will be an Xbox exclusive or not.

Technically Microsoft could make any Bethesda game an exclusive but many suspect they won’t when it comes to already established franchises like The Elder Scrolls and Fallout – or at most they’ll only make them timed exclusives.

Starfield though is a brand new IP and much more likely to be an exclusive forever. If it’s not though then that almost guarantees The Elder Scrolls and Fallout won’t be either.

How does the NHS Covid-19 Track and Trace app work?