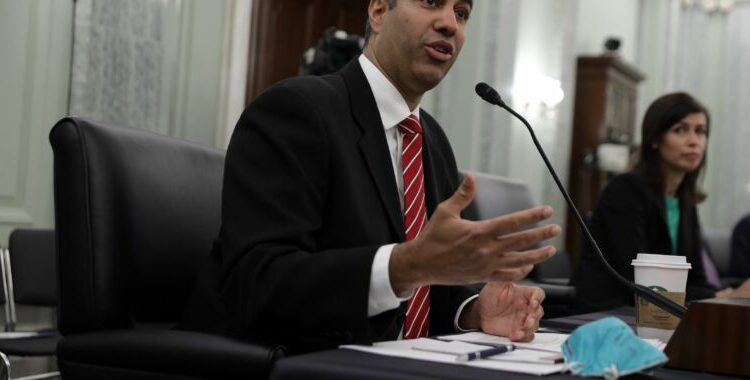 Biden to crack down on ISPs—eventually —

Biden wants FCC to lower prices and protect consumers, but he must break 2-2 deadlock.

President Biden today urged the Federal Communications Commission to restore net neutrality rules and take steps to boost price transparency and competition in broadband—but the FCC can’t do most or all of that yet because Biden still hasn’t nominated a fifth commissioner to break the 2-2 deadlock between Democrats and Republicans.

Consumer advocacy groups have been urging Biden to nominate a third Democrat to the deadlocked FCC for months, but he still hasn’t done so. What’s causing the holdup isn’t clear. The delay could wipe out the FCC’s ability to do anything opposed by Republicans for all of 2021, because it can take the Senate months to approve FCC nominations, and the FCC process for complicated rulemakings is also lengthy.

“The Order tackles four issues that limit competition, raise prices, and reduce choices for Internet service,” the Biden fact sheet’s broadband section said. “More than 200 million US residents live in an area with only one or two reliable high-speed Internet providers, leading to prices as much as five times higher in these markets than in markets with more options. A related problem is landlords and Internet service providers entering exclusivity deals or collusive arrangements that leave tenants with only one option. This impacts low-income and marginalized neighborhoods, because landlord-ISP arrangements can effectively block out broadband infrastructure expansion by new providers.”

Biden’s order encourages the FCC to “prevent ISPs from making deals with landlords that limit tenants’ choices.” The FCC technically bans exclusive agreements for TV and telecom services in multi-unit buildings but hasn’t stamped out the problem.

The next part of Biden’s fact sheet covers the misleading advertised prices used by ISPs to hide the true cost of service. “Even where consumers have options, comparison shopping is hard. According to the FCC, actual prices paid for broadband services can be 40 percent higher than advertised,” the fact sheet said.

Biden’s proposed solution is to bring back the Obama-era “nutrition labels” that were designed to give customers information about hidden fees, data caps, overage charges, speed, latency, packet loss, and so on. Biden’s fact sheet said the executive order “encourages the FCC to revive the ‘Broadband Nutrition Label’ and require providers to report prices and subscription rates to the FCC.”

Finally, Biden encouraged the FCC to “restore net neutrality rules undone by the prior administration.” Without the Obama-era net neutrality rules, “big providers can use their power to discriminatorily block or slow down online services,” Biden wrote.

ISPs do have to follow net neutrality rules in California and Washington state because of state laws and may do so in other states for the sake of simplicity in network operations and because they don’t want to give the government more incentive to impose stronger regulations while the long-term status of net neutrality is unsettled. Reviving the FCC’s Obama-era net neutrality rules would likely involve reclassifying broadband providers as common carriers under Title II of the Communications Act again to establish a nationwide framework for protecting net neutrality.

The FCC could also use its authority over common carriers to protect consumers in other ways. For example, former FCC Chairman Ajit Pai’s net neutrality repeal simultaneously wiped out the Obama-era price-transparency rules that Biden wants to bring back.

Sen. Ed Markey (D-Mass.) applauded Biden’s call for restoring net neutrality rules. “As soon as there are three Democratic Commissioners in place, the FCC must act without delay to reclassify broadband as a Title II service and reassert its authority over broadband,” Markey said. “I also plan to soon introduce legislation to do the same by statute. We cannot and will not stop working until net neutrality is the law of the land.” The pandemic “highlighted what we already knew: broadband isn’t a luxury. Like running water and electricity, it is an essential utility that everyone needs,” Markey said.

“We are disappointed that the Executive Order rehashes misleading claims about the broadband marketplace, including the tired and disproven assertion that ISPs would block or throttle consumers from accessing the Internet content of their choice,” NCTA-The Internet & Television Association said today. “America’s broadband networks have been the nation’s most resilient and critical infrastructure during the pandemic, keeping our economy moving and enabling our citizens to learn, work and stay connected from the safety of their homes. As policymakers and industry share the goal of connecting every American to robust and reliable broadband service, we hope the Administration will put the rhetoric aside and focus on constructive solutions.”

NCTA and the USTelecom lobby group have repeatedly claimed that broadband prices are dropping. But their claims rely on a “price-per-megabit” calculation that doesn’t reflect consumers’ total bills and a “Broadband Pricing Index” that only includes the prices of a couple of service tiers instead of the average or median price. The actual monthly price consumers pay to Internet service providers has been rising far faster than inflation for years.

Biden first signaled plans to take on the broadband industry in late March when he said he would lower prices, end hidden fees, and provide funding for municipal broadband networks. Publicly owned networks have “less pressure to turn profits and… a commitment to serving entire communities,” Biden noted at the time.

Biden originally proposed $100 billion in funding, with priority access going to publicly owned networks, triggering a round of lobbying by AT&T and other ISPs that aim to prevent competition and want broadband money going only to private companies. Biden ended up making a $65 billion deal with Republicans, apparently without any preference for public networks, but that’s still subject to negotiations in Congress.

Biden will have less direct involvement in implementing the measures he has asked the FCC to tackle because the FCC is an independent agency that doesn’t simply do what the president asks. The president does get to nominate commissioners and choose the chair, so he can pick people who agree with his priorities. But he has to actually pick someone before the FCC’s Democrats can get to work on anything that involves a partisan battle like reclassifying broadband providers as common carriers, imposing net neutrality rules, and forcing ISPs to lower prices and end hidden fees.

“The executive order is important, but the processes and personnel to actually move ahead on these priorities are not in place yet… the agency needs a fifth commissioner to fully function,” Free Press VP of policy and general counsel Matt Wood said today.

Restoring the FCC’s Title II common-carrier authority over broadband will let the FCC use “all its available tools to bring more competitive choice to the wired-broadband market,” Wood said. The FCC should also collect “better data on what individuals are actually paying each month” and “prevent abusive practices and price gouging.”

“The FCC needs to reverse the damage done by the Trump administration, which presided over rising prices and declining investment in broadband while pretending that a do-nothing deregulatory approach would solve these problems,” Wood said. Once the FCC is fully functioning, the FCC can start “promoting the public interest again,” he said.

Amid firestorm of criticism, FDA narrows use of $56,000 Alzheimer’s drug