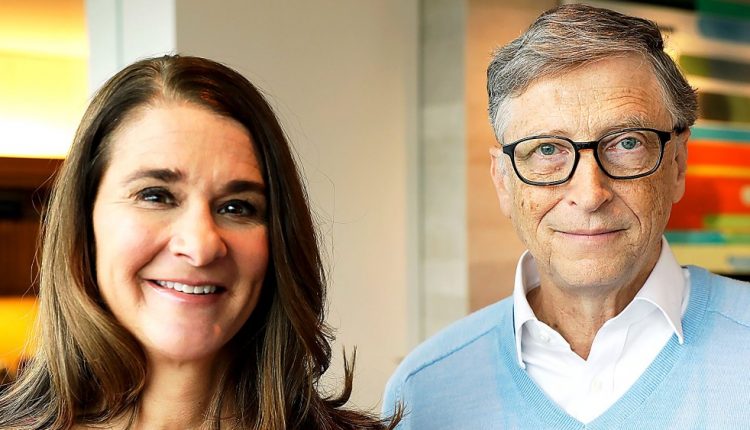 Bill Gates and Melinda Gates have announced their plans to divorce, which came as a shock to many after they shared 27 years of marriage.

“After a great deal of thought and a lot of work on our relationship, we have made the decision to end our marriage,” they shared in a statement on Monday, May 3. “Over the last 27 years, we have raised three incredible children and built a foundation that works all over the world to enable all people to lead healthy, productive lives. We continue to share a believer in that mission and will continue our work together at the foundation, but we no longer believe we can grow together as a couple in this next phase of our lives.”

The couple met in 1987 when Melinda started working at Microsoft, the company Bill founded.

“She had other boyfriends, and I had Microsoft,” Bill said in the 2019 Netflix miniseries Inside Bill’s Brain. “We were like, ‘Hey we are not really serious about each other, are we? We are not going to demand each other’s time.’”

Eventually, after the romance got serious, Bill made a pro/con list for whether he should propose (really), and they decided to embark on a life together. Bill and Melinda married in 1994 at a Hawaiian destination wedding.

The two welcomed their first child, daughter Jennifer in 1996. Son Rory arrived in 1999 and daughter Phoebe followed in 2002.

Though the mother of three eventually stepped back from her job at Microsoft after nine years, she continued working with her husband. They launched the earliest version of the Bill and Melinda Gates Foundation in 1994, and the philanthropic organization — which focuses on global health, education, access to digital information via public libraries, and support for at-risk families — is still thriving.

“Working together as well as raising a family together, there’s a certain intensity to that. But we’re very lucky because we mostly see things the same way, the goals are very much the same,” Bill said in a 2019 Facebook Live.

The Texas native praised the Microsoft founder for sharing the workload with her, whether that meant dropping kids off at school or doing dishes.

“I think people have a certain view of Bill, because he was a high-charging CEO running Microsoft,” the author told USA Today while promoting her book, The Moment of Lift: How Empowering Women Changes the World in 2019. “I think people must think, ‘Oh well, Melinda must not really have equality with Bill.’ Actually, I have total equality with Bill. But it took a while for us to get there.”

Daughter Jennifer, a second-year medical student at Stanford, acknowledged her parents’ split in a statement on Instagram.

“It’s been a challenging stretch of time for our whole family,” she wrote in an Instagram Story at the time. “I’m still learning how to best support my own process and emotions as well as family members at this time, and am grateful for the space to do so. I won’t personally comment further on anything around the separation, but please know that your kind words and support mean the world to me.”

Scroll through for a full timeline of Bill and Melinda’s romance: