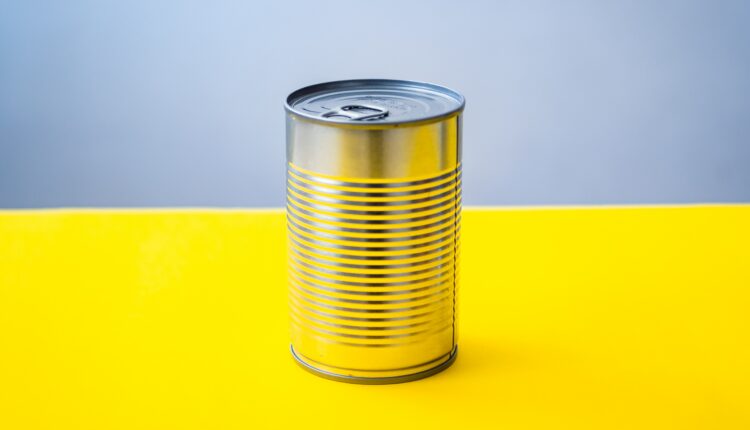 This week Faribault Foods Inc. expanded a black bean recall that includes two organic brands of canned beans sold across 11 states. The cans may have a compromised hermetic seal, and there is a risk they are contaminated with a rare but serious bacterial toxin that can cause botulism, according to the Food and Drug Administration announcement.

The recalled products were distributed to retailers in Arizona, Arkansas, California, Colorado, Georgia, Hawaii, Idaho, Oregon, Texas, Utah, and Washington. Among the affected chains is Costco, which sold the S&W-brand black beans. For a full list of the affected lot numbers (which are stamped on the bottom of the can), take a look at the FDA announcement.

Faribault initiated the black bean recall after the company received consumer complaints about the failed hermetic seals on the cans. When a can is not properly sealed to be airtight, air and bacteria can seep inside the can and contaminate the product, the FDA explains.

Faribault has not received any reports of bacterial illness related to the recall and has since fixed the seal issue for new cans. But one potentially severe risk posed by a can leakage is botulism, a rare but severe illness that affects the body’s nervous system and causes breathing issues, muscle paralysis, and sometimes death, according to the Centers for Disease Control and Prevention. There are several forms of botulism, including foodborne botulism, which occurs when someone ingests the toxin by eating contaminated food.

While the types of bacteria that produce the botulinum toxin, most often Clostridium botulinum, are actually pretty common, they usually don’t make people ill. Under certain conditions, however (such as low acidity, low oxygen, and a certain amount of water or temperature range), the bacterial spores can grow and produce a toxin that may be lethal to humans, the CDC says. Improperly home-canned, -preserved, or -fermented foods, for example, may create just the right conditions for this to happen, per the CDC. It is possible, but uncommon, for store-bought foods to be contaminated with the botulinum toxin.

Symptoms of botulism can include trouble swallowing or breathing, muscle weakness, drooping eyelids, slurred speech, and impaired vision, according to the CDC, which are all signs of muscle paralysis. With foodborne botulism, people can also experience more typical symptoms of a foodborne illness, such as stomach pain, vomiting, nausea, and diarrhea. People usually start experiencing symptoms 18 to 36 hours after eating the contaminated food, per the CDC.

Anyone experiencing symptoms of botulism should seek medical care immediately, because the condition can become progressively worse, causing dangerous issues like respiratory failure and long-term paralysis, or even death, the CDC explains. Botulism can be treated with an antitoxin medication, which stops the toxin from causing more damage to the body but cannot undo any damage that’s already occurred. While survival rates are much higher today than in the past—fewer than 5 out of 100 cases of botulism will be fatal, the CDC says—the illness can still cause long-term complications like fatigue and shortness of breath in survivors.

If you purchased one of the recalled products, you can return it to the place of purchase for a refund or replacement.

More Than 600,000 Kids Have Already Received a COVID-19 Vaccine Dose

How to avoid poisoning from red beans