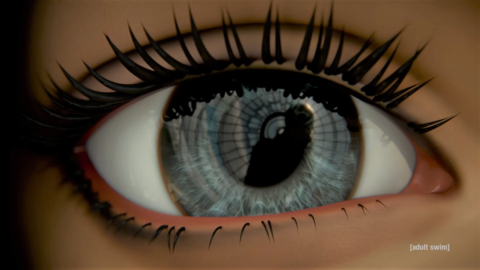 Blade Runner is expanding later this year with the animated series Blade Runner: Black Lotus arriving to Adult Swim’s Toonami this fall. During a Comic-Con 2021 panel, we got more insight into the upcoming anime, along with a brand-new trailer.

The world of Blade Runner, based originally on the Phillip K. Dick novel Do Androids Dream of Electric Sheep?, has remained relatively unexplored over the years despite being a seminal modern sci-fi series. However, Blade Runner: Black Lotus will expand on that world built by the original movie and its 2017 sequel. And the creators behind the series have finally revealed details about the show’s characters and story. Watch the Blade Runner: Black Lotus trailer below:

The trailer itself is all style, with few concrete details, but thankfully, we gleaned those from the Comic-Con panel itself. The panel featured co-directors Shinji Aramaki and Kenji Kamiyama, executive producer Joseph Chou, voice director Wes Gleason, and actress Jessica Henwick, who plays the show’s main character, a replicant named Elle. It was moderated by Adult Swim’s Jason Demarco, a development executive on the show and co-creator of the Toonami programming block.

The trailer reveals that the anime takes place in 2032. Within the Blade Runner timeline, that’s around 13 years after the events of the original film, a decade after a cataclysmic world event called the “Black Out” (portrayed in the anime short film Blade Runner: Black Out 2022, which was made by the same filmmakers as this series), and 17 years before the sequel Blade Runner 2049.

Kamiyama elaborated on the setting. “As far as timeline goes, the series actually falls between an event called Blackout after the first movie,” the co-director said, as translated by Chou. “We touched on this in the short that we did with Shin’ichirô Watanabe [Blade Runner: Black Out 2022] and that basically concerns the worldwide blackout event where the world has lost most power and the memories that were stored in servers around the world, so that there’s a massive loss of communications and things like that–between that and the chaos that starts from it in 2049, which is where the sequel film has happened.”

Blade Runner has generally focused on the question of what makes a person a person, in the context of a techno-dystopian society; the panelists explained that this series will focus even more on “the struggle on the part of the individual” in a world where, following the Black Out, even Blade Runner’s familiar late stage capitalistic dystopia has largely broken down. The show will touch on themes of “discrimination, alienation, just in general fighting against injustice,” according to Kamiyama.

Chou elaborated further: “This series, we’re trying to anchor it from the perspective of the one that’s hunted, you know, a replicant, but also a female hero who happens to be just trapped in this world and just trying to figure out or find out their identity and the reason for the situation that she’s in. That’s what the main story is about,” the executive producer said.

“What’s the larger context of it?” mused co-director Aramaki. “The world and who’s running the world. There was a Tyrell Corporation in the first movie, and there’s a Wallace corporation in the second movie. What happened in between and what’s the intrigue? We often feel like we’re part of this big machine, and so I think we’re trying to address that mystery or question: What happened and how it happened between the films.”