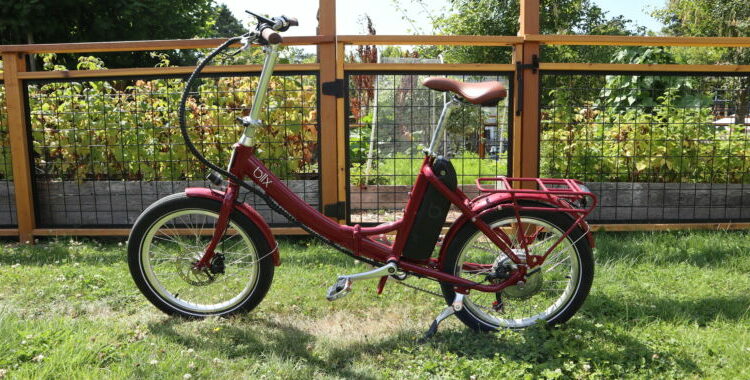 Blix Vika+ review: A powerful ebike that folds and fits just about anywhere

As the ebike universe explodes with options and brands all vying for a piece of the burgeoning market, I keep coming back to a company that I have liked but rarely heard much about: Blix. My first brush with the California e-bike manufacturer came in 2018 when I was offered a test ride of its then-$1,599 Vika folding ebike model. I enjoyed my time with the Vika, but as a relatively new ebike tester, I opted not to write up a novice review.

Since then, however, Ars’ bike-savviest staffers have been testing and reviewing a number of high-quality e-bikes. In my case, I’ve had a few e-bike tests come and go, sometimes with vehicles not quite meriting Ars coverage. Most recently I reviewed the handsome VanMoof X3 in 2020, and I both appreciated its best aspects and described how it didn’t fit some potential ebike use cases.

When the time came for me to buy a new bike this year, I opted for an ebike, largely because I want the freedom to ride farther in a single day without feeling worn out or sweaty—especially in a hilly city like Seattle. I soon circled back to Blix—that was a good bike at a good price, I kept thinking, and I found a used Blix cruiser (the 2018 Aveny) for an even better price. It became my daily rider at the outset of this summer.

Shortly after I’d settled into a personal Blix groove, serendipity struck. I received an unsolicited loan offer from a certain bike manufacturer: “Remember the Vika? We’ve updated it.”

I’ve since spent three weeks using the 2021 Blix Vika+, MSRP $1,799, as my daily driver (edriver?). Despite a few slight shortcomings, it affirms my bias that Blix is an absolute contender for most entry-level ebike needs. It’s a smooth ride with a powerful motor, high-capacity battery, and terribly convenient folding gimmick that only comes at the cost of looking like you’ve run away from the ebike circus.

This is, after all, a folding bike. That means you’re operating with a diminutive wheel by default: 20 inches in diameter, as opposed to a more standard 29-inch wheel. Like with other folding bikes, Blix makes up for this with a wider tire tread than even an average mixed-use bike, measuring 2.4 inches. As a commuter bike, used mostly on roads but occasionally on wide streets and trails where I might either run over gravel or take a very wide turn, the Vika+’s tires and placement strike the right balance between small and nimble. If you’re not used to it, a smaller wheel can make sharp turns feel funny, so you may not want this as your lead option for BMX-style trickery. But I never felt out of control on this bike in sudden-turn circumstances.

Yes, you’ll look a little silly on a bike with smaller wheels—there’s something about an adult body on a smaller-wheel bike that always makes me hum that old circus pipe-organ ditty—but this sense isn’t matched with physical discomfort. The Vika+’s suspension absorbs a surprisingly solid amount of bumpiness, and while its default seat is a downgrade from older Blix leather options, its faux-leather construction is still fat and cushiony enough to keep my big, Irish tuchus happy over the course of multi-mile rides.

Built-in niceties include a powerful front light and a bright rear panel of red LEDs, both controllable from the same system that manages the bike’s pedal assistance. The bike also has easy-mounting options on the front and back, should you wish to attach an official Blix basket or rack to either side (in addition to the default rear rack built into the frame). And its built-in bell is easy to flick, next to the left-hand throttle, and it is pleasingly loud.

The best Labor Day tech deals we can find [Updated]