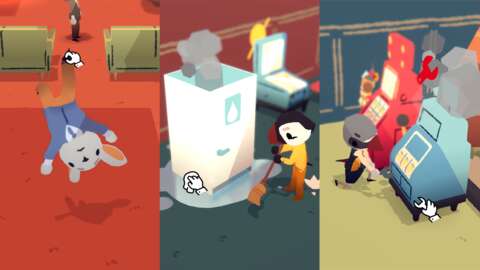 Set in a fictional universe of anthropomorphic animals, Blooming Business sees you create your own casino, with building layouts and machines inspired by 1950s Las Vegas. The storylines in the game are inspired by the same era, creating a shady criminal underworld that you’ll have to contend with as you strive to make a profit.

“Classic tycoons all have magic in them, and we want to respect that formula, but Blooming Business: Casino will add some emphasis on the drama,” Homo Ludens founder and CEO David Ranineau said. “It’s a game in which people will come to create their own casino and they will hopefully stay for what happens in it–we have interesting characters, meaningful narrative events. Players will have to make choices, some tougher than others.”

Among those choices will be how to handle maintenance issues, whether to deal with pesky customers, and what allegiances to maintain. As you continue to build your casino and make hard choices, you’ll build a reputation amongst your staff and patrons.

Homo Ludens also designed Blooming Business to be a fully moddable experience, and the game will release with tools that players can use to both craft new experiences and share them with the community at large.

Blooming Business: Casino will first launch on PC via Steam Early Access. No exact date has been announced yet, but the trailer reveals that it will be “soon.” It is currently available to be added to your Steam Wishlist.