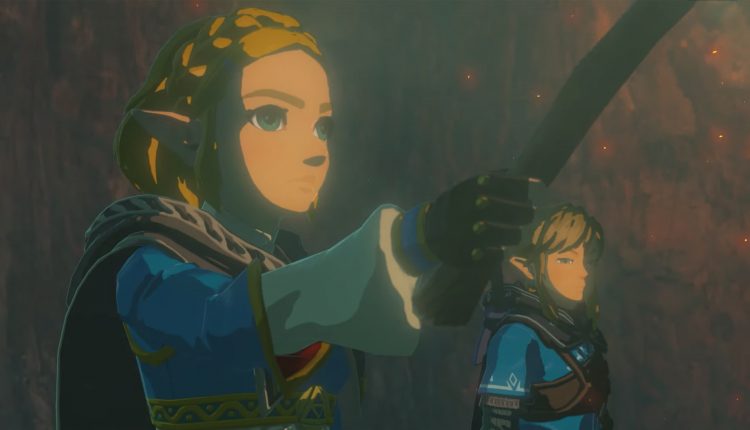 In a nutshell: In Breath of the Wild 2 or whatever Nintendo ends up calling the sequel to the Switch hit, Link will have some new ways of getting around and defeating his enemies. Some seem to be related to manipulating or reversing time.

The last time we heard anything about a Breath of the Wild sequel was almost precisely two years ago when Nintendo dropped a minute-and-a-half teaser for the game in a Nintendo Direct presentation. Since then it has been radio silence from Mario and company.

As E3 2021 winds down, Nintendo finally treated Legend of Zelda fans with a new teaser trailer for the upcoming Breath of the Wild sequel. It is relatively short, like the first glimpse we got, but whereas the first was more of a cinematic reveal, this one shows a few well-edited gameplay clips (below).

In Link’s newest adventure, our hero appears to have a few new powers for getting around. He still has his hang glider, of course, but he also seems to fly or at least freefall from high perches above the clouds. The trailer shows floating islands that Link will have to navigate somehow. Flying and gliding will no doubt help.

There is also a new teleport-like ability, but it’s not for fast traveling. The teaser shows Link magically grappling to an island above him and emerging through the ground as if traversing through solid matter. Whether this ability will work linearly through walls, the clip did not reveal.

Another mystical power that Link seems to have allows him to freeze an object in time and then act upon it to bend it to his will. For example, he freezes a spiked ball rolling toward him then sends it back in the direction it came to smash his foes.

The trailer does not reveal much of the story but hints that a new antagonist has spread a similar kind of corruption throughout the land, just as Calamity Ganon had in BotW.

One other interesting thing we noticed was that Nintendo might have slipped another hidden message into the teaser. You may be aware of the hidden reversed audio from the first trailer that says, “Help us, please.” You can hear it in the video above if you missed it.

In this teaser, right at the 49-second mark, we see a water droplet go in reverse (also a nod to time manipulation powers) followed by several seconds of audio that sounds backward. We reversed the audio and listened for some hidden speech like the first trailer but couldn’t make anything out. If you are adept at interpreting backmasking, let us know in the comments if you find something we missed.

Whatever the case, we’ll have to wait a while to play. Nintendo didn’t nail down a date, but did say it would be out in 2022.

Hackers made Doom run on a $15 Ikea smart lamp