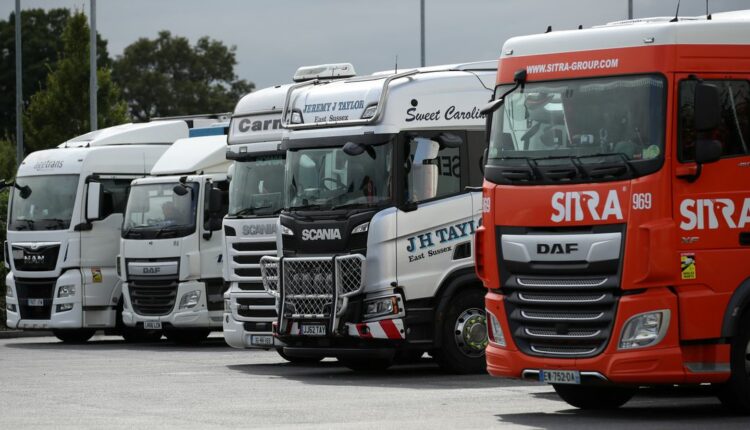 Lorries are seen at an HGV parking, at Cobham services on the M25 motorway, Cobham, Britain, August 31, 2021. REUTERS/Peter Cziborra

“We’re starting to see very tentative signs of stabilisation which won’t yet be reflected in the queues,” Transport Secretary Grant Shapps told Sky. He added that reserves at many gas stations had been replenished.

“The sooner we all return to our normal buying habits, the quicker this gets resolved – and I do appeal to the public to do that. In particular, no more water bottles at petrol stations: its dangerous and not helpful.”

Queues of drivers snaked back from those petrol stations that were still serving in major cities, though dozens of forecourts were closed with signs saying they had no petrol or diesel, Reuters reporters said.

Shapps said the fuel crisis was almost completely due to the COVID pandemic which halted truck licence examinations.

“This problem is almost entirely caused by Coronavirus and the inability during lockdowns to test new HGV drivers,” Shapps said.

“Brexit I hear mentioned a lot, and it no doubt will have been a factor. On the other hand, it’s actually helped us to change rules to be able to test more drivers more quickly – flexibilities that we have received by coming outside of the EU and being able to change the law,” Shapps said.