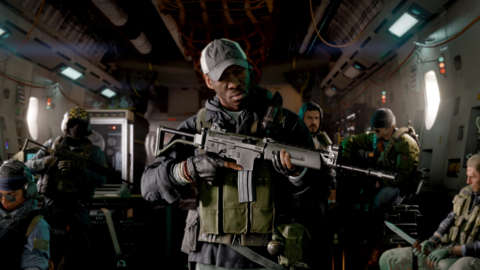 This year’s new Call of Duty game, Call of Duty: Black Ops Cold War, is arriving on the cusp of a new console generation, but that won’t segment the title’s player base. During this week’s Multiplayer Reveal event, Activision reconfirmed that Black Ops Cold War will support cross-play and cross-progression, even across console generations, and it shared a few more details on how it’ll all work.

As detailed on Activision’s blog, Black Ops Cold War progression will be tied to players’ Activision accounts, so they can freely switch between different platforms and have their progress carry over wherever they go. This applies to next-gen consoles as well; players can, for instance, begin the game on PS4 and then move to the PS5 version with all of their progress intact when that console launches later this year.

In addition to cross-progression, Black Ops Cold War will support cross-play, so players will be able to party up with those on other platforms. As Activision explains, “With Black Ops Cold War, an entire Multiplayer party could be comprised of up of to five players who are playing the game across the available five platforms, including next and current generation consoles as well as PC.”

Storm Zeta racing along after slamming into Louisiana