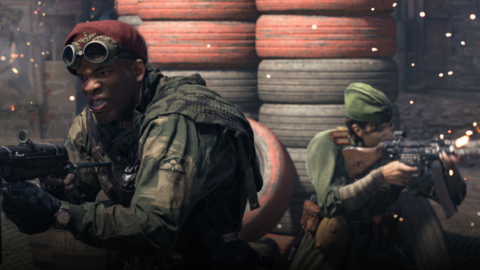 Call Of Duty: Vanguard Multiplayer Reveal: How To Watch Today’s Stream And What To Expect

Call of Duty: Vanguard’s multiplayer is set to be formally revealed today, September 7, as part of a livestream. Ahead of the event, we’re rounding up everything you need to know as Activision prepares to reveal the next generation of Call of Duty multiplayer.

How To Watch The Call of Duty: Vanguard Reveal:

The multiplayer reveal will take place live on Twitch and YouTube through the official Call of Duty channels. The action begins at 10 AM PT / 1 PM ET–you can see more start times below.

What To Expect At Call Of Duty: Vanguard Reveal Event

In terms of what we know already, Activision has said Vanguard will have 20 multiplayer maps at launch, which is the most in the history of the Call of Duty franchise.

Whether or not today’s livestream touches on the battle royale game Warzone remains to be seen. As announced previously, Warzone is getting a new map later this year, presumably around the time that Vanguard launches in November. Activision is also launching new anti-cheat software for Warzone to help get rid of cheaters.

For many, multiplayer is the bread and butter of the Call of Duty series, so expectations are high for Activision to deliver the goods during the Vanguard reveal today. The game runs on the Modern Warfare engine, which also powers Warzone. This is a big deal because 2020’s Black Ops Cold War used a different engine.

Following the multiplayer reveal today, Activision will host a PlayStation-exclusive beta test September 10-13 for people who preorder Vanguard. Open betas for everyone, across all platforms and regardless of preorder status, will take place later in the month.

The reveal of Vanguard’s multiplayer and the beta tests are happening at the same time as a lawsuit against Activision Blizzard, in which the state of California alleges a culture of sexual harassment and discrimination against women.