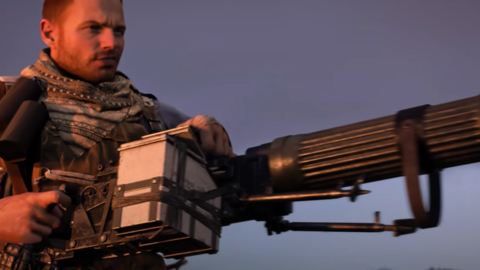 Call of Duty: Vanguard’s alpha test kicks off today, August 17, on PlayStation consoles. To get you primed and ready for the 48-hour test, we’re rounding up the key details like how to download and what to expect as you try out the new Champion Hill mode.

The Vanguard Champion Hill alpha is available only on PlayStation 5 and PlayStation 4, per the ongoing timed-exclusivity deal between Sony and Activision. Pre-loading has been available for some time already, but if you haven’t done that yet, you can find the Champion Hill alpha client in the PlayStation Store on PS5 and PS4 and get started that way. The test begins today, August 27, at 10 AM PT / 1 PM ET, and runs for a period of 48 hours, ending at 10 AM PT / 1 PM ET on August 29.

Anyone who already has Call of Duty: Modern Warfare, Warzone, or Black Ops Cold War will find the Vanguard Champion Hill alpha in the main menu of those games once it’s downloaded. You can then navigate to the Alpha blade on the far left to get started.

The Champion Hill alpha lets you try out … wait for it … the new Champion Hill mode. Developer Sledgehammer Games said internal playtests of the 3v3 mode have gone over swimmingly, and the studio is now geared up to let fans try it out. The developer reminded fans that what’s available in the early test is only a “small slice” of what will be available in the forthcoming beta in September and then the full launch in November. Still, this is the first time the public gets to go hands-on with Vanguard and test out its core multiplayer features.

Champion Hill is a round-robin deathmatch tournament where you compete against other squads. Everyone starts with the same loadout, and then you collect cash by killing enemies or acquiring it on the map. Cash can be spent on upgrading weapons and buying more equipment, perks, and killstreaks.

The test includes four maps: Courtyard, Trainyard, Market, and Airstrip. There are Duos and Trios playlists available, letting you play on teams of two or three. As announced previously, Champion Hill includes a pre-set variety of weapons, and each has 10 upgrades available. There are two weapon sets available in the alpha, and they include ARs, LMGs, shotguns, and pistols. In terms of equipment, players can expect multiple types of grenades, a throwing knife, and a proximity-triggered explosive mine.

Multiple types of perks and streaks are available for players to better equip themselves on the battlefield, while there are four main Operators that will be randomly assigned when matches begin. These include Lucas Riggs, Polina Petrova, Wade Jackson, and Arthur Kingsley.

You can see a full rundown of the content available in the Vanguard Champion Hill Alpha below, as written by Sledgehammer.

PERKS (PERSISTENT THROUGH MATCHES AND YOU CAN BUY UP TO SIX PERKS):

STREAKS (ACTIVATED AUTOMATICALLY IN THE NEXT MATCH AFTER PURCHASE):

Note: Operators will be randomly assigned.

Everyone who takes part in the Vanguard Champion Hill alpha will get a calling card and an emblem to use in Vanguard when it releases. This content will also be available in Warzone.

Activision Blizzard is currently facing a sexual harassment and discrimination lawsuit filed by the state of California. It was recently claimed that Activision Blizzard’s HR department is shredding documents pertaining to the case.