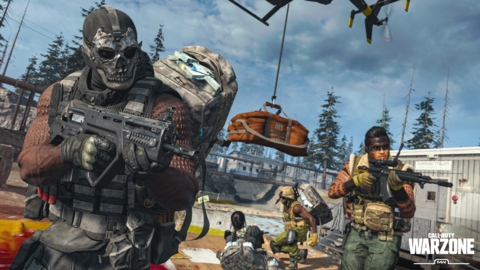 It looks like the final chapter of Call of Duty Modern Warfare’s Warzone storyline, The War Room, has been released, and with it, a new cutscene detailing the final outcome of the game’s nuclear plotline. It’s finally time to see how this saga ends; will the operators succeed, or will the situation quite literally go nuclear?

YouTuber was the first to access this scene, but you don’t have to be a professional gamer to do so. To access this final scene, you will need to unlock it by gathering every piece of intel currently available in the latest addition to the game. You can only gain one piece of intel per game, so keep that in mind while you are collecting. There are five pieces of intel in total.

The latest installment in Warzone’s story brings the finale of the hunt for Victor Zakahev in Verdansk as the countdown on the nuclear missile launch ticks ever lower. Once you have collected all five pieces of intel, return to the main menu and use the missions tab to access the final scene.

In what appears to be the dramatic conclusion to Warzone’s story, the final cutscene starts with all of the main Modern Warfare operators launching a siege on Victor Zakahev to try and stop him from launching a nuclear missile from inside Bunker #10. Captain Price is able to incapacitate him with a well-placed shot as they tangle. Price then throws Zakahev off of the adjacent scaffolding, sending him to his death.

With the clock running dangerously low, Captain Price is able to stop the missile launch by using the codes Nikolai provided, saving the day just in the nick of time. The scene closes with the Modern Warfare operators looking over Verdansk from the top of the dam while Captain Price chats with his old friend, Soap Mactavish. With that scene, the current arc of Warzone’s story is closed–we’ll have to wait and see if more story elements are planned for Call of Duty’s battle royale game.

WHO and FAO look at Trichinella and Taenia saginata in meat