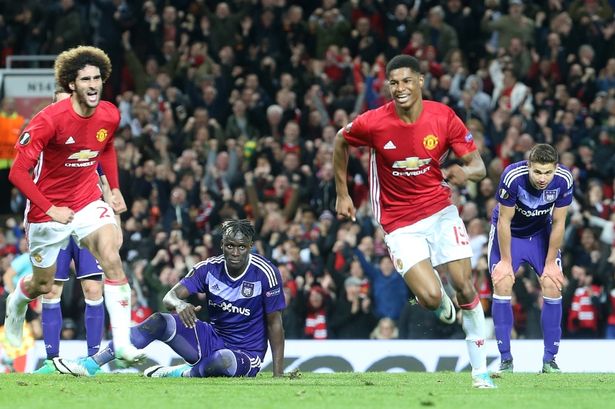 Can Manchester United Salvage The Season With A Europa League Championship?

Currently sitting with a 1-2-1 record after their first four games of the 2019-20 Premier League schedule, Manchester United has struggled to put the ball in the net with only seven goals to their credit.

After opening the season with a four-goal victory over Chelsea, Manchester United struggled in their next three straight games netting only a single goal in each.

As one of the most famed football clubs in the world, the slow start for Manchester United causes justifiable concern for management, players and fans. It’s been nearly thirty years since the team opened the Premier League with similar results. The question is, who or what is the reason for the Red Devils struggles?

After signing a three-year contract this past spring to become the Red Devils manager,Ole Gunnar Solskjaerhas been on a roller coaster ride with his club throughout the FA Cup, UEFA Champions League and Premier League schedule.

After being knocked out of the Champions League, hopes of turning their season around fell on their performance in the Premier League.

However with their lack of success has come the club’s inability to sign quality named players who feel that despite the team’s history, that their current state is not one that they want to be a part of.  Players such as Christian Eriksen, Paulo Dybala and Gareth Bale have all turned down putting on a Red Devils kit. With indecisive management and an unclear philosophy as to how the club should be run, it doesn’t seem like United is on the path to return to glory.

One of the questionable moves includes the use of young Daniel James. After signing a five-year contract with the Red Devils in June, James quickly became a fan favorite, scoring three goals in Manchester United’s four Premier League games.

Some question the playing time and load put on James, but with Marcus Rashford struggling, Solskjaer doesn’t seem to have many other scoring options. On the opposite end of the field, defensive mistakes have allowed the opposition easy penetration into scoring areas.

VegasInsider started with Manchester United tied for fifth with Chelsea as 100/1 to win the 2019-20 Premier League, however with Leicester City the overwhelming favorite to take victory in their meeting on September 14th, odds will most likely change quickly. Five days after their Premier League game, the Red Devils being their Europa League draw against Astana. Currently sitting with 4/1 and +500 odds of claiming the 2019/20 Europa League title, the 2017 Europa League champions will have their work cut out for them to turn the season around.

Sport Interaction Review offers fans a great source for betting on the world’s most popular sport, including games in the Europa League and Premier League. Along with Astana, AZ Alkmaar and Partizan join Manchester United in Group L of the Europa League bracket. Out of all the groups, the Red Devils are the heaviest favored team to advance through the schedule.

If Manchester United can eliminate their errors, tighten up their defense, find additional scoring options and a way to control games from the start to finish, they might be able to salvage a season that has wins in just four of their last sixteen games. The problem is which of those aspects does Solskjaer focus on first?

Every Point You Have to Know About Crawling