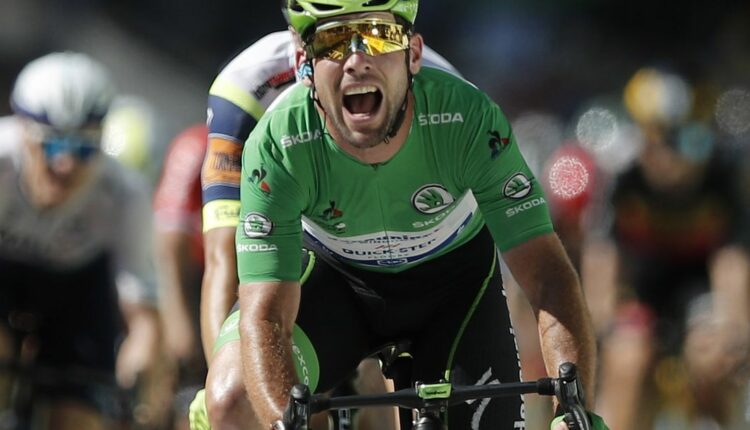 The Briton benefited from some perfect work from his Deceuninck-Quick Step lead-out train in the last kilometres to claim his fourth win in this year’s Tour after 219.9 kilometres between Nimes and Carcassonne on the 13th stage.

“The boys were incredible, I can’t believe it. I was so on the limit in the end, slightly uphill, Balle (team mate Davide Ballerini) was there, and then (Spain’s Ivan Garcia) Cortina went and Morkov brought him back,” said Cavendish, who had not taken part in the Tour since 2018 and had struggled with results in the last three years.

It was a nervy finale as Cavendish appeared to lean towards another rider as he was jockeying for position with about two kilometres to go.

“I’ve got guys coming in and the safe way is actually to use your head but I had to watch that,” the 36-year-old Manxman, who had not won a stage on the Tour since 2016 before this year, explained.

While Cavendish has claimed his wins in bunch sprints at the end of flat stages, Merckx was victorious on all terrains.

He also won a record five Tour de France titles, three green jerseys for the points classification and won the mountains classification twice in seven Tours between 1969 and 1977.

“No rider can be compared to Eddy Merckx,” said Cavendish.

11 Amazing Date Ideas That Will Make an Impression