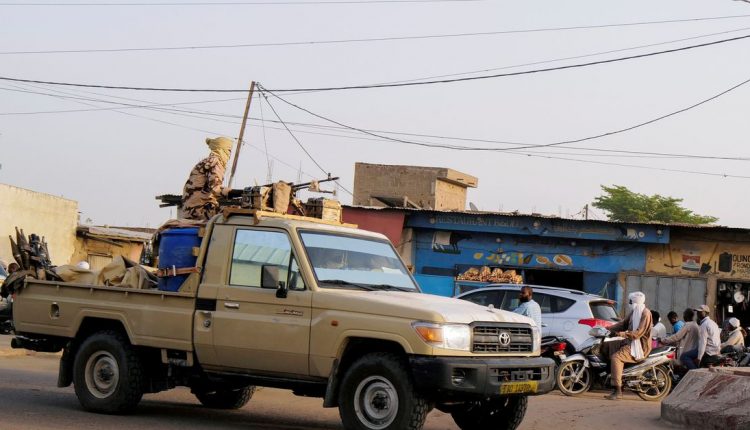 Chadian security forces fired tear gas to disperse protesters who took to the streets of the capital N’Djamena on Saturday to protest against a military takeover that followed the death of President Idriss Deby on the battlefield last month.

On Friday the transitional military government, led by Deby’s son Mahamat Idriss Itno, had banned the protest called by a coalition of some opposition parties and civil society groups.

A strong ally of Western nations in the fight against Islamist militants in western and central Africa, Chad has seen heightened political tensions since Deby’s death.

Although the military has promised to organise elections within 18 months, some opposition parties have rejected the military-led transitional government, calling it a coup and a continuation of Deby’s 30-year rule.

They want the transitional government to be led by a civilian.

Defying the ban, groups of protesters took to the streets on Saturday morning, chanting and waving flags, while others held printed messages denouncing what they called a “monarchy”.

“The police prevented us from demonstrating,” said Real Mianrounga, a civil society group leader, who added that he had been injured while trying to flee a police charge on a group that attempted to gather in downtown N’Djamena.

“Those who resisted were violently reprimanded by the police. There were some injuries,” Mianrounga said.

Some protesters set several French flags on fire in protest over what they said was France’s backing of the military transition in its former colony.

At least five people were killed during a similar protest on April 27. read more

French President Emmanuel Macron had signalled strong backing of the military during Deby’s funeral which he attended, sitting next to Deby’s son Mahamat. But the French government has since shifted, calling for a civilian national unity government. read more

Turkey accuses Israel of ‘terror’ over Palestinian clashes at Al-Aqsa