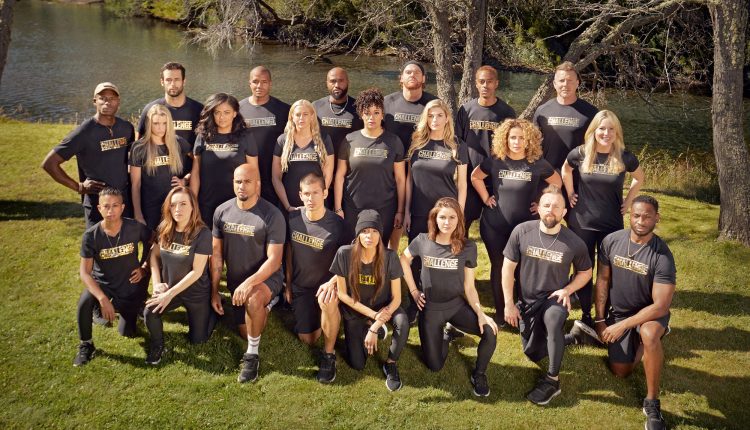 Ready to rumble! TJ Lavin isn’t only known as the longtime host of The Challenge — he may just be the host with the best side commentary. The athlete, 44, has made it known since he began hosting in 2005 that he doesn’t approve of quitters, but his attitude is only reserved for those who really deserve it.

In fact, he usually receives a note from production the day before a challenge so he knows what happened in the house the night before.

“It’s a synopsis of what happened the night before at the house. So I know who’s getting along, who’s not getting along, what’s going on and I can kind of play off of it or tread lightly if it’s something that’s serious,” the BMX pro explained during the “Watch With Us: Challenge Edition” podcast on Wednesday, March 24. “If somebody’s grandmother died or something that I know that I’ve gotta chill. If they’re not feeling very good, you don’t go in on them. And if somebody’s pregnant during a final, you don’t say, ‘You’re gonna quit? What are you doing?’ You don’t go crazy on them. It’s very helpful that I have, like, producers Danny Wascou and Skye Topic, who are in charge of the story and stuff.”

In addition to what’s happening in the cast’s personal lives, there’s another factor that adds into how the host treats those competing: how that person speaks to others.

“How they treat the crew really matters to me. If somebody’s really bad with the crew and I see that then I’m a little bit different toward them. I’m like, ‘Oh, that’s what kind of person you are? OK. We’ll see how it is,’” the Nevada native told Us. “I don’t deal with that at all, and I’m not cool with that at all. I think I probably get that from the showrunner that I’ve known my whole life, Justin Booth. And he’s very big on letting the whole crew first, and he’s very big on treating the crew with a lot of compassion. Basically, all you have to do is be respectful.”

On The Challege: All Stars, Lavin saw “a little bit” of a difference since the cast is a bit older.

“It was very interesting to see what a decade did to some of them. I haven’t seen some of them in 10 years and longer. Some of them grew up for sure. A few of them, maybe not so much,” he teased, noting that Derrick Kosinski is a longtime favorite. “He just goes out there and he gives it his all, 100 percent every time. You know what you’re going to get with that kid. … He’s one of my all-time favorites because of his heart.”

Overall, he was thrilled to reunite with The Challenge vets. With some who haven’t competed in two decades, however, he was expecting the daily challenges to be a bit easier than in a usual season. Long story short, he was wrong.

“I was like, ‘Dude might’ve made this a little too hard.’ On the first challenge, I was like, ‘The real Challenge kids who are in their 20s couldn’t have done this.’ So some of the stuff we did, maybe we overshot the difficulties. It was very, very hard, and they get it done. I was very impressed,” Lavin said. “Mark Long is a Greek God. Have you seen that guy? He’s strong. He’s working out all the time and Alton [Williams] is the same thing. And there are some of those people who are more like myself, like, whatever. Just chill!”

For more from Lavin, listen to the “Watch With Us: Challenge Edition” podcast above and subscribe for free for more exclusive interviews.

The Challenge: Double Agents airs on MTV Tuesdays at 8 p.m. ET. The Challenge: All Stars premieres on Paramount+ Thursday, April 1.