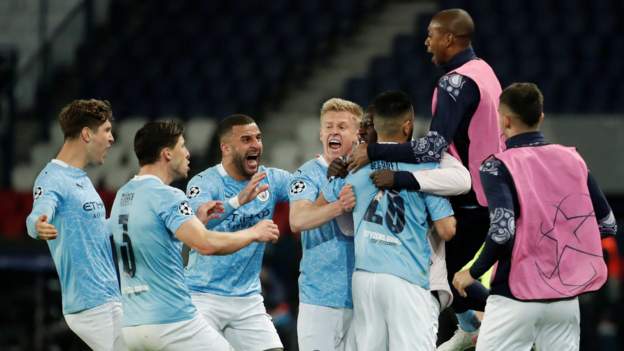 Sheikh Mansour said reaching the final was “a truly historic moment for the club”Manchester City owner Sheikh Mansour will pay the travel costs of fans attending the Champions League final.

Supporters purchasing tickets will be offered a place on the club’s official trip to Portugal.

City have received 6,000 tickets for the game against Premier League rivals Chelsea in Porto on 29 May.

Chelsea have announced they will subsidise official travel packages “to help as many supporters as possible” to attend the final.

Day trips will be subsidised and priced at £199 per person, plus the cost of the match ticket.

Manchester City said their initiative is “designed to ease the financial pressure on fans after the impact of the Covid-19 pandemic”.

Because of Covid-related restrictions, the Portuguese government has said fans going to the match need to be in and out of the country within 24 hours if travelling from the UK.

The new Premier League champions have reached their first Champions League final in the club’s history.