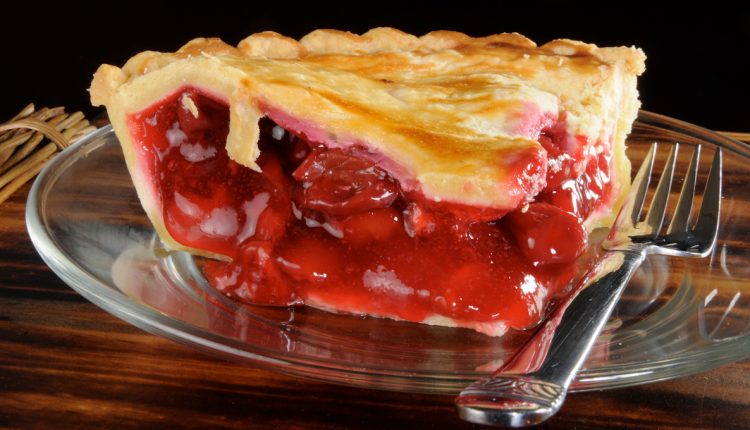 If you enjoyed a slice of cherry pie over the holidays, chances are you weren’t aware of the tyranny this delicious dessert suffers under, and the 15-year effort to unleash the poor, huddled cherries yearning to breathe free. At least, that’s what you would think if you read a proposed rule the Food and Drug Administration (FDA) is on the verge of approving that seeks to revoke the definition of frozen cherry pie.

This proposed rule is based on an industry petition filed in 2005 that suggests bakers apparently are longing to include more cherries, more sugar, and bigger crust in frozen cherry pies, but have been prevented from doing so by supposedly burdensome regulations. The regulations in question allow the FDA to establish a reasonable definition and standard of identity or quality for any food in order to promote honesty and provide transparency to consumers. Foods for which standards of identity have been established include bread, fruit jams, certain vegetables and fruit juices, certain types of chocolate and, of course, frozen cherry pie.

On the surface, it sounds terrible, right? Big government is dictating what goes into cherry pies and preventing consumers from experiencing more deliciousness! Grab your dessert forks and let’s storm White Oak!

However, once the nuance of this issue is examined more thoroughly, you realize that the proposed rule has the potential of removing safeguards that are in place to protect consumers against food fraud. As we have seen over the years, standards of identity sometimes are asserted for pretentious reasons, which is usually disguising trade protection efforts.

Ultimately, however, the purpose of these standards is to protect consumers against food fraud — also known as economic adulteration — and reflect consumers’ expectations about food; for example, consumers expect fruit to be included in fruit jam, go figure.

Unfortunately, the need for these standards can be quite apparent. For example, according to separate studies from the University of California-Davis and the National Consumers League, more than 50 percent of the bottles of extra virgin olive oil sold at grocery stores would fail to meet International Olive Council standards or the voluntary standards established by the USDA. Unlike the frozen cherry pie industry, producers of olive oil are begging the FDA to issue a standard of identity for their product to prevent this seemingly wide scale fraud.

In the case of frozen cherry pie, the FDA wants to revoke the established definition and standards of identity and quality. “The standards do not appear necessary to ensure that these products meet consumer expectations, and the FDA has tentatively concluded that they are no longer necessary to promote honesty and fair dealing in the interest of consumers and may limit flexibility for innovation,” the agency declared in its announcement.

Whenever industry claims that flexibility for innovation is being limited, consumers should be skeptical. The standard of identity for frozen cherry pie describes it as unbaked, and as being comprised of a filling of mature, pitted, stemmed cherries contained in a pastry shell, which is frozen. It can contain other optional ingredients, but artificial sweeteners are prohibited. The standard of quality includes requirements for the cherries used in these pies, including that the cherry content cannot be less than 25 percent of the weight of the pie, and that no more than 15 percent of the cherries can be blemished.

Based on this definition, there doesn’t appear to be a barrier to including more cherries in the pie. However, the industry petition opposes the use of any food standards to establish quality characteristics and argues that food manufacturers and consumers should determine food quality and whether they wish to spend more on higher-quality products or less on lower quality products. The petition also observes that there are no standards of identity and quality for any other types of frozen fruit pies or any non-frozen fruit pies.

I suppose these are fair arguments. Consumers will ultimately determine which pies are awful and decide accordingly. They also may decide cherry pies are on the same level as pizza and ice cream in that when they are good, they are very good, and when they are bad, they are still pretty good.

However, the “innovation” that consumers should expect to see when this standard of identity and quality is revoked is a lower quality frozen cherry pie with fewer and blemished cherries, and artificial sweeteners at a lower price point. To suggest that manufacturers are eager to add more cherries and crust but are prevented from doing so by burdensome government regulations, as former FDA Commissioner Scott Gottlieb claimed in this tweet, seems like fake bake news.

Now, who is hungry for cherry pie?