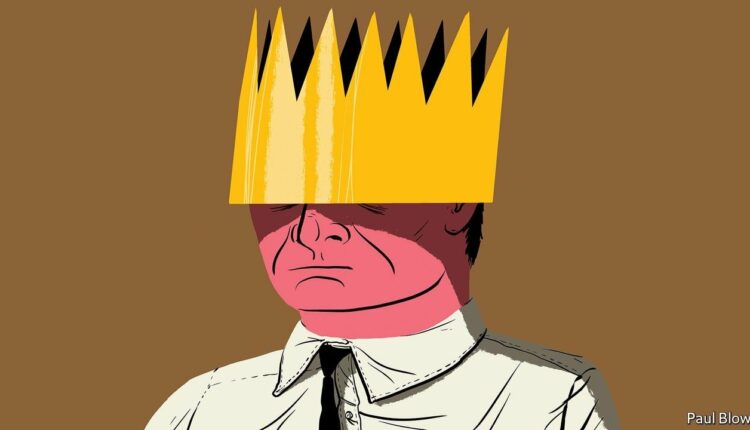 IN THE EARLY 15th century many of the Portuguese voyages of discovery around Africa and into Asia were financed by Prince Henry of Portugal, whom historians dubbed “Henry the Navigator”. When Christopher Columbus sought finance for his planned westward voyage to the “Indies”, he first turned to the king of Portugal before achieving success with Ferdinand and Isabella of Spain. Monarchs financed explorations because they believed such trips would boost their power and their treasuries.

In the 21st century corporate executives have become deeply involved in adventure and exploration. Sir Richard Branson of Virgin and Jeff Bezos of Amazon have just travelled to the edge of space. Elon Musk of Tesla has developed the SpaceX programme and is talking of the eventual colonisation of Mars. Messrs Musk and Bezos competed for the contract to operate future Moon landings. Mr Bezos even offered to part-finance the project.

In itself, this is a remarkable development. Sixty years ago, when the space race was between America and the Soviet Union, few could have imagined that individual businessmen would ever have the resources to enter the fray. The shift says something about the extremes of wealth in the 21st century.

The resemblance to absolute monarchs does not stop with exploration. Like past rulers, modern tycoons build their own monuments in the form of corporate headquarters, not just skyscrapers in London and New York but the vast, low-rise campuses in Silicon Valley. Whereas the ancient dynasts travelled in horse-driven coaches, modern CEOS separate themselves from the public in chauffeur-driven limos and private jets.

Like monarchs of old, executives have to deal with rival sources of power. They face the equivalent of feudal barons, in the form of boards of directors who may try to unseat them. And they need to contend with ambitious princelings, who in the modern era are younger executives who would like their job. The good news is that whereas an unseated monarch was likely to be executed, a dethroned boss can enjoy a generous pay-off.

Then there is their ability to control time. At the court of Louis XIV, France’s “Sun King”, the rhythm of the day was entirely devoted to the monarch’s habits, with the luckiest courtiers watching him get dressed, have lunch and go to bed. Modern CEOs also have the ability to change the schedules of those around them. If he or she gets up at 5am to send messages, someone on the staff will feel obliged to rise early and answer them. Similarly, if the CEO likes to hold Zoom conferences on weekends, or have working dinners on a Friday night, the family life of subordinates will suffer.

Another parallel with monarchs is a tendency towards arrogance. In his book “Fall”, John Preston recounts that when Robert Maxwell, the publishing tycoon, was dissatisfied with his food, he would sometimes sweep the plate on to the floor and leave others to clear it up. Maxwell also bugged the phones of his staff and listened to their conversations, which also recalls Louis XIV, who intercepted the mail of his courtiers.

Lavish entertainment is a further common denominator. Monarchs held elaborate balls and competed to show off their wealth. Modern tycoons pay rock stars to perform at their birthdays. Carlos Ghosn, the boss of Nissan, even held an extravagant party at the Sun King’s former digs in Versailles.

Royal dynasties added to their empires through both military conquest and strategic marriages. Modern executives achieve the same effect through mergers and acquisitions, using their financial clout to buy smaller rivals and reduce the threat of disruptive competition. In effect, ancient monarchs were monopoly providers of security services, who received payment in the form of taxation and conscription. Their abiding sin was too much ambition; Philip II of Spain’s military overreach in battling England and the Netherlands was followed by the country’s steady decline as a global power, for example.

The same trap awaits modern tycoons. Often they make the mistake of taking on too much debt by acquiring businesses that do not mesh with the rest of the enterprise. Or, like many an ancient ruler, they make the mistake of fighting on two fronts. Space-obsessed Mr Bezos is still executive chairman of Amazon. Mr Musk is trying to make both rockets and Tesla cars. The greatest danger to monarchs may come when they seem at the height of their powers.