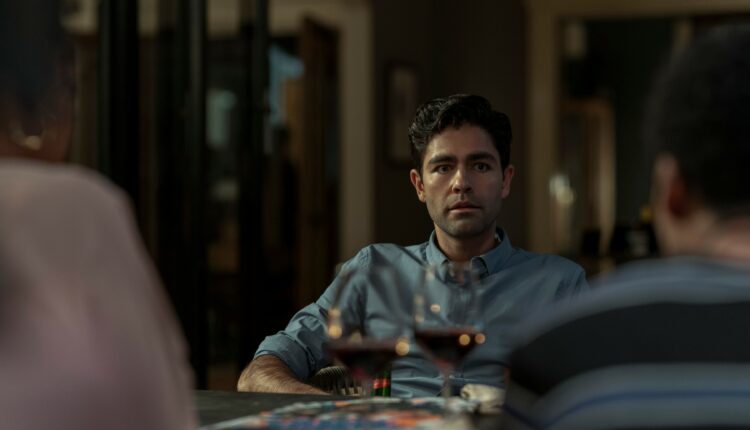 *WARNING: Spoilers for Clickbait below*

It’s safe to say that everyone has been racing to finish Clickbait, the new Netflix thriller, to get to the bottom of who is behind Nick Brewer’s disappearance.

Adrian Grenier and Betty Gabriel lead the cast in the eight-part series, which unfolds as family man Nick is taken hostage and appears in a video online, with the threat that if it gets to 5million views, he will be killed.

Well, the internet is a pretty terrible place and the clip quickly goes viral, and the character’s body found shortly after – with his loved ones in a race to find who is responsible.

Side note: Did anyone see that ending coming?

Sitting down to chat with Metro.co.uk about the latest programme to hit the streaming platform, they spilled the beans on what they would love to see from a possible season two.

Adrian, who plays Nick, told us: ‘I think a lot of what the show is about is perspectives and incentives. The device of focusing on each character and their perspective, it goes so well with what’s happening out in the real mediascape.

‘Everybody is so myopically tunnel visioned into their own perspective, they’ll believe anything that they want to believe.

‘A lot of projection goes on, so it’s such an interesting psychological exploration of how we’re all stuck in the matrix of our media sphere.’

The Devil Wears Prada star predicted that the series could continue down a similar path for a while yet.

He continued: ‘This could go on for a long time. I mean I think it’s gonna keep fragmenting out, becoming more complex and more interesting.

Betty also had thoughts on where the show could go now, and agreed with her co-star’s predictions.

‘I personally feel like you could spend an entire season exploring each character,’ the Sophie actress added. ‘I think what’s really great about the show is that this perspective does bounce around, you do get to really zoom into this character’s experience in relation to this event.

‘There’s so many characters, there’s so much story to tell. So I think definitely [we could get a series two].’

Clickbait ending explained: How did season one end?

If you have not yet finished the show, we suggest you look away now as there are some pretty big clangers ahead.

It soon emerges that Simon (Daniel Henshall) is the person holding Nick captive as a way to avenge his sister’s death – after she was catfished by someone pretending to be him on a dating app, and took her own life.

Nick insists that he isn’t behind the profile, with Simon eventually letting him go – and he runs straight to his colleague Dawn’s (Becca Lish) house after realising that she set the whole thing up.

However, a fight ensues when he threatens to expose her, with Dawn’s husband Ed leaping to her defence, hitting Nick with a hammer in the fatal struggle.

But where could a possible second series take us?

Clickbait is available to stream on Netflix now.


MORE : Tie your belts! Cobra Kai renewed for season 5 on Netflix ahead of season 4 release date