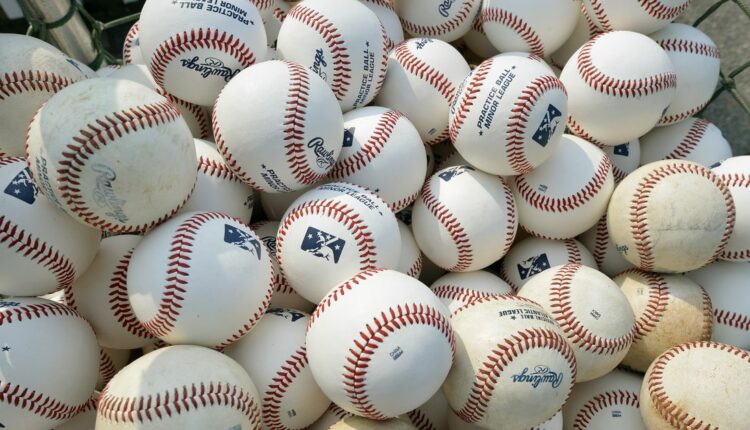 A basket of baseballs for batting practice are seen at the old 1931 Municipal Stadium before the start of a Minor League game between the hometown Hagerstown Suns and the Kannapolis Intimidators, in Hagerstown, Maryland, August 9, 2014. The Intimidators manager is Pete Rose, Jr., the son of Pete Rose, the all-time Major League hits leader, who has found the road a lot tougher, having played or coached in the minor leagues for 27 years, with 29 different teams and over 2,000 games. Photo taken August 9, 2014. REUTERS/Mike Theiler (UNITED STATES – Tags: SPORT BASEBALL PROFILE)

(Reuters) – All-risk property insurers on Friday scored three more wins against businesses seeking coverage for lost income and related expenses as a result of the COVID-19 pandemic – this time in the 9th U.S. Circuit Court of Appeals, where more than a third of all such federal appeals are pending.

In a precedential ruling applying California law, the panel said business-income interruption coverage under Mudpie’s policy from Travelers Casualty Insurance Co, which is triggered by “physical loss of or damage to property,” requires physical alteration of the property and not just “loss of use.”

According to its complaint filed in San Francisco federal court in May 2020, Mudpie was unable to operate its children’s clothing store as a result of state and city “shelter in place” and “stay at home” orders that March. It submitted a claim for its lost income and extra expenses in late April, which Travelers quickly denied.

As an additional basis for affirming that ruling, the 9th Circuit noted on Friday that the policy also contained an exclusion for losses caused by viruses. It rejected Mudpie’s argument that the losses were not caused by the virus itself, but by the stay-at-home orders, which Mudpie attempted to characterize as covered by an exercise of civil authority provision.

Theodore Boutrous of Gibson, Dunn & Crutcher argued the appeal for Travelers, which was also represented by Robinson & Cole and Bullivant Houser Bailey. Mudpie was represented by Gibbs Law. Neither side’s attorneys immediately responded to requests for comment.

In a separate order, the 9th Circuit rejected similar arguments by the minor-league teams, led by the Chattanooga Lookouts and represented by Cohen Ziffer Frenchman & McKenna and the firm of Mitchell Sandler. They were insured by several different companies, represented primarily by Squire Patton Boggs and Phelps Dunbar.

The teams, which also have virus exclusions in their policies, had argued that their losses were attributable to causes “not implicated by the virus,” including “governmental responses to the pandemic, and Major League Baseball (MLB) not supplying players,” Friday’s opinion said. The panel disagreed, finding that those losses were ultimately caused by the virus.

The third appeal, brought by dental supply company Selane Products, raised many of the same arguments that the 9th Circuit rejected in the Mudpie case.Selane had also argued that U.S. District Judge Mark Scarsi in Los Angeles had erred in blocking the company from introducing extraneous evidence to show what the parties intended the policy to cover.

The court agreed with Kannon Shanmugam of Paul, Weiss, Rifkind, Wharton & Garrison, who argued on behalf of Continental Casualty, that extraneous evidence was inadmissible because the policy was not ambiguous.

Shanmugam declined to comment on Friday. Selane’s attorneys at Pasich and at Parker Waichman had no immediate response.

According to the COVID Coverage Litigation Tracker at the University of Pennsylvania Carey Law School, 196 federal appeals are pending over whether business income interruption insurance covers pandemic-related losses – 68 of them in the 9th Circuit.

The 6th, 8th and 11th Circuits have also affirmed wins on the merits for the insurers. The 3rd Circuit last month ordered lower-court judges to reconsider their decisions to remand coverage cases to state courts in New Jersey and Pennsylvania.

The cases decided Friday are: