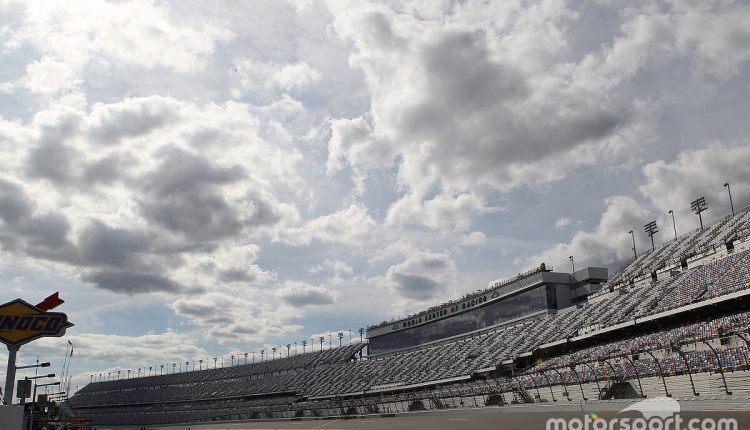 Heim started on the outside of the front row to begin overtime and quickly dropped down to the bottom line and in front of Dollar.

Heim managed to block Dollar’s advances until pulling away in Turns 3 and 4 and taking the win by 0.113 seconds.

The win is the second of Heim’s career and comes in his first season as a fulltime driver in the series. It’s also Venturini Motorsports’ fourth consecutive victory in the ARCA season opener at Daytona.

“It was about strategy. I got to give it all to (crew chief) Shannon Rursch – he made the perfect call. He executed this race perfect,” Heim, 18 said. “This car was perfect.

“I got to give a lot props to Drew Dollar. He really helped me there at the end, just him being right behind me. I just really trusted him and it paid off.”

Asked how the win would change his career, Heim said: “For the better only. There’s only one direction I can go.”

With 30 of the scheduled 50 laps remaining, Heim led the way followed by Dollar and Holmes.

On Lap 75, Scott Reeves blew a tire and pounded the wall hard coming off Turn 4 to put the race under caution and send it into overtime.

When the race returned to green, Heim remained out front followed by Dollar, Holmes, Lancaster and Gibbs.

NASCAR’s Next Gen Cup car: What is it and why it is needed