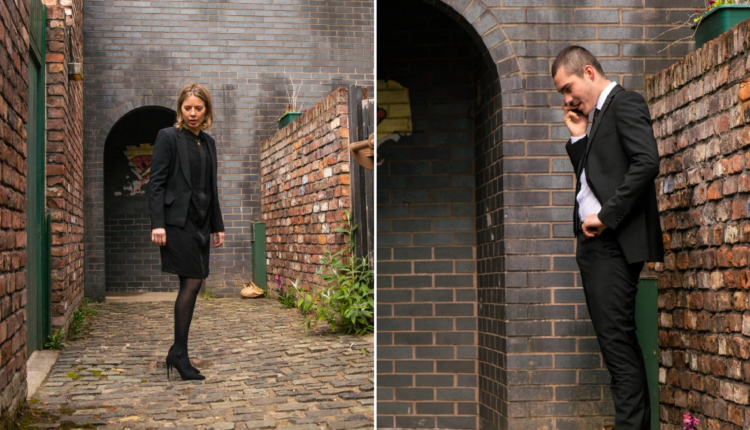 Heartbroken and grieving mother Abi Franklin (Sally Carman) is doing all that she can to keep on the straight and narrow following Seb’s (Harry Visinoni) death in Coronation Street.

After a chat with Roy (David Neislon), Abi dumps the bag of goth dresses in front of Nina (Mollie Gallagher), ordering her to go and put one on as Seb would want her at his funeral dressed as the Nina he loved.

As Seb’s hearse pulls up on the street, Abi’s emotional while Nina is disgusted when Corey appears, making out he wants to pay his respects.

As the wake takes place in the Rovers, Abi’s devastated to overhear Corey on his phone, laughing about Seb’s death.

Picking up a broken bottle, Abi sets off after Corey, hellbent on revenge – but how far will she go?

Can anyone stop Abi?

Elliot Page praised by charity for showing ‘moments of gender euphoria’: ‘It’s wonderful he can share trans joy with the world’