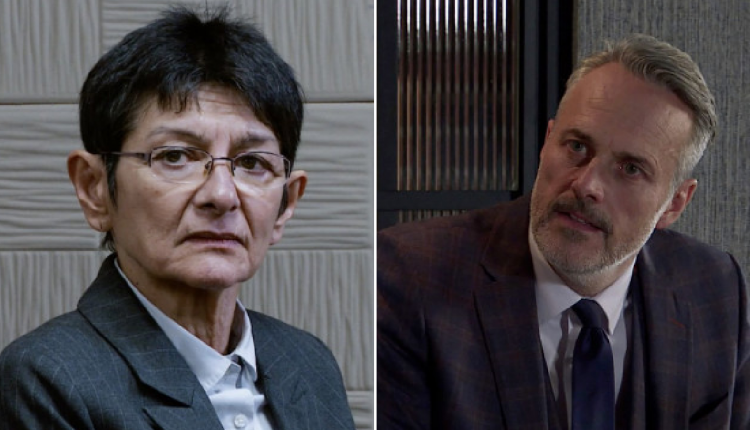 Ever since Yasmeen Nazir (Shelley King) returned to Coronation Street, she’s found re-adjusting to normal life after spending months in prison difficult. She’s been completing chores despite Geoff Metcalfe (Ian Bartholomew) being dead, but knowing what it’s like to live with a coercive bully, could she be the one to stop Ray Crosby (Mark Frost)?

Mick throws Ray out of the back of his van and tells him he’s got 24 hours to find the money. With his problems and stress increasing, Ray calls the bank in a bid to try and stop the house sales falling through.

Meanwhile, as Alya (Sair Khan) helps Yasmeen with the last of her things, a call from the solicitor advises that there’s been a delay as Ray’s funds haven’t cleared.

Yasmeen asserts that until she sees the colour of Ray’s money, she’s going nowhere and won’t let him bully her like Geoff did.

Alya’s delighted to see a glimpse of her old Gran again.

Yasmeen is clearly growing stronger, could she be the glimmer of hope the Weatherfield residents need to stop Ray once and for all?