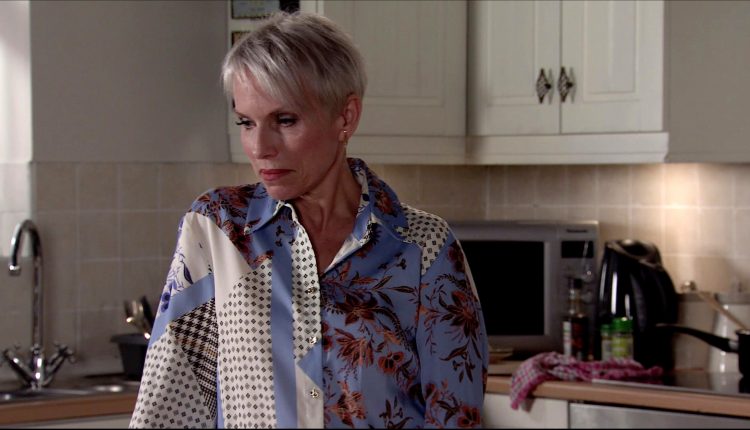 Debbie Webster (Sue Devaney) will be making quite a dramatic return to Coronation Street this week.

The Weatherfield icon, who first appeared on the ITV soap when she was 16 years old will arrive on the cobbles tomorrow night – and we have a feeling she won’t arrive quietly.

Speaking about her return with Christine Lampard on Tuesday’s Lorraine, Sue began: ‘I am really enjoying it, it was one of my first TV jobs, I was 16 when I started and 17 when I left.

‘And now I am 53… it’s so nice to go back and play a character you played years ago. I was really nervous about going back but it’s wonderful and I am loving it.’

Debbie doesn’t want to see her brother messed around, and despite Abi insisting that that’s the last thing she’d want to do – Debbie soon becomes suspicious of her.

‘Well I love the fact Debbie has been living in Turkey,’ Sue added.

‘She swans in and she wants to make sure Kev’s being looked after, she’s suspicious about Abi and she comes in and sees her with Peter.

Coronation Street continues on Wednesday at 7:30pm on ITV.


MORE : Coronation Street Quiz: Can you remember these new characters and their first big storylines?

Coronation Street Quiz: Can you remember these new characters and their first big storylines?

Top New Video Games Out On Switch, PS4, Xbox One, And PC This Month –

Coronation Street Quiz: Can you remember these new…