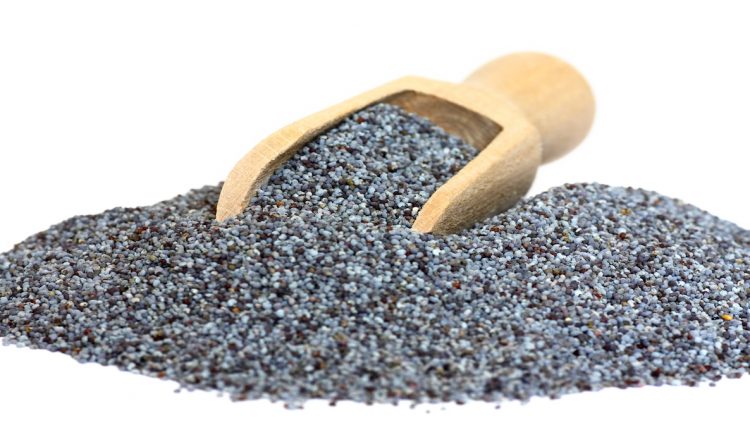 The Center for Science in the Public Interest (CSPI) is urging the Food and Drug Administration to protect consumers from unprocessed poppy seeds, which are often contaminated with the plant’s naturally occurring opiate residues.

The nonprofit nutrition and food safety watchdog group on Feb. 5  filed a regulatory petition with the FDA on behalf of six families injured by contaminated poppy seeds and medical experts. They’re asking regulators to clean up America’s poppy seed supply by setting a maximum threshold for opiate contamination and establishing controls on imported seeds.

Steve and Betty Hacala of Rogers, AR, lost their 24-year-old son Stephen in 2016 to a poppy seed tea overdose.

“It was hard for us to believe that something as innocent and common as poppy seeds could be lethal,” said Steve Hacala, one of the petitioners. “Now we want to make sure the poppy seeds brought into this country are cleaned, to spare other families this kind of loss.”

Poppy seeds used in baking come from the same plant that produces opiates, including morphine and codeine. The poppy plant cannot be legally grown in the United States, meaning all poppy seeds sold in this country are imported from countries where cultivation is permitted. While the seeds themselves contain negligible amounts of opiates, they can be contaminated with plant debris and require washing and processing to reduce opiate contamination to safe levels.

Not all importers adequately process their seeds, and some sellers even market poppy seeds as “unwashed” or “unprocessed” to convey that they have high levels of opiates to consumers who may purchase the seeds to brew poppy seed tea. This tea is typically used for medicinal, therapeutic, or recreational purposes and can concentrate the opiates from a batch of seeds. Consumers of these seeds may not be aware that the effects from the consumption of the seeds may be because of opiates. In addition, opiate contamination levels can vary widely from batch to batch, putting those who drink the tea at increased risk of accidental overdose or other health consequences.

Other signatories of the petition include Linda Golden of South Carolina and Jeffery Folds of Georgia, the mother and cousin of Todd Shirley, who died at age 48 in 2019 because of poppy seed tea overdose; and Bob and Lori Morales, and Kristen Harris, all of Nevada, the parents, and wife of Kendall Harris, who died at age 38 because of overdose from unwashed poppy seeds purchased on Amazon. Paul Lancia of St. Louis, MO, joined the petition after his wife suffered multiple strokes which her doctor suspected were caused by heavy poppy seed tea consumption.

Some signatories to the petition were shocked to find they tested positive for drugs after unwittingly consuming contaminated poppy seeds. Neither Elizabeth Dominguez of Tonawanda, NY, nor Jamie Silakowski of Depew, NY, used any opioids during their pregnancy, but both tested positive after eating baked goods with poppy seeds.

“I’m devastated that a simple poppy seed bagel could cause this much distress,” said Dominguez, who tested positive for opioids during routine drug testing given to mothers prior to delivery in some hospitals. She was temporarily separated from her newborn and visited at home multiple times by Child Protective Services because of the test triggered by poppy seeds.

The petition was also joined by Dr. Irving Haber, a pain medicine specialist, and Dr. Madeleine Swortwood, a researcher at Sam Houston State University, who have published studies documenting the risks of poppy seed tea.

The petition follows the publication this past month of a study co-authored by CSPI scientists in Clinical Toxicology showing that adverse events from the consumption of opiate-contaminated poppy seeds may be on the rise. Medical and government publications have documented more than 600 reported adverse events including 20 overdoses and 19 total fatalities attributed to poppy in the U.S., with most fatalities have occurred since 2015.

The Center for Science in the Public Interest is a nonprofit  food and health organization that serves as a watchdog group for public interests.

FDA reminds baby food industry to follow the regulations for lead, other toxins

GFSI Conference to be virtual for first time

Former President Barack Obama on How He Prioritized His…