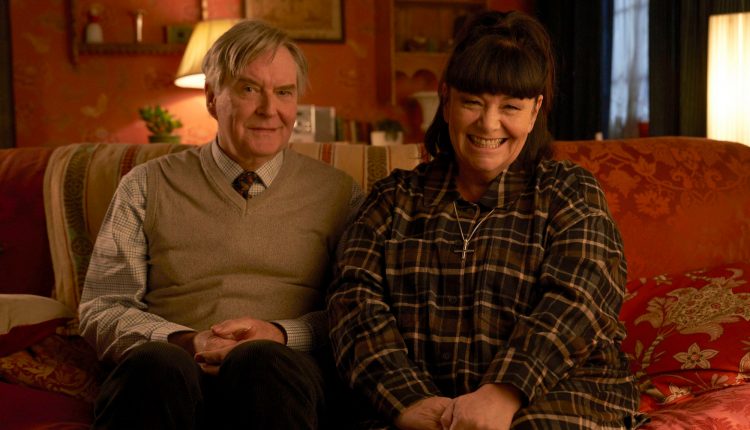 Dawn French will be back as our beloved vicar as she takes viewers behind-the-scenes in a new The Vicar of Dibley documentary.

The one-off special titled The Vicar of Dibley: Inside Out will take fans down memory lane as it reveals some never-seen before footage from rehearsals.

Speaking about the special, Dawn – who played Geraldine Granger – began: ‘It was a total treat to revisit such a happy place and time for this documentary. Part of my heart is still, and forever will be in Dibley.’

Dawn and Richard Curtis will be joined by writer Paul Mayhew-Archer, producer Jon Plowman and James Fleet (Hugo Horton) in the programme.

It will also feature a host of guest stars including Kylie Minogue, Hugh Bonneville and Joanna Lumley.

Executive producer Jon Plowman continued: ‘I feel incredibly proud to have been involved with Dibley and am thrilled that it’s still making audiences laugh (and occasionally cry) more than 25 years later.

‘It’s been a total joy to look back through the Dibley archives and to be reminded of old friends and so many wonderful moments. It looks to me like we were all having far too much fun. Quite how we got anything done is beyond me.’

The Vicar of Dibley: Inside Out is commissioned by Hilary Rosen, UKTV deputy director of commissioning and head of factual entertainment.

‘I’m delighted to be working with Expectation on The Vicar of Dibley: Inside Out,’ she explained.

‘For the first time Dawn French, Richard Curtis and team will tell the definitive story of the making of this show and it feels like the perfect moment to celebrate the irrepressible and hilarious Geraldine Granger and her Dibley congregants.’

In December, The Vicar of Dibley launched a lockdown special, which went down a storm with fans.

The three-part revival tracked the life of those who lived in Dibley across 2020, using online sermons conducted by Geraldine.

During the series, they paid a tribute to the actors who had died since the sitcom first aired.

They also gave a special mention to the NHS and the Black Lives Matter Movement.

The Vicar of Dibley: Inside Out will air later this year on Gold.


MORE : Sex And The City’s Willie Garson will return as Stanford for HBO Max reboot