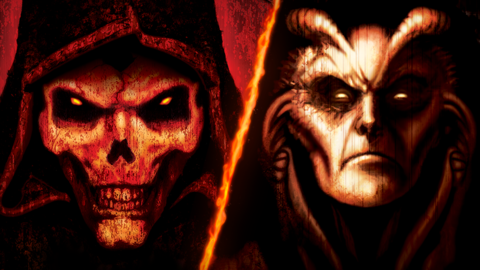 Though it leaked ahead of time, Diablo 2: Resurrected still ended up being one of the biggest things to come out of BlizzConline, and the updated version of the classic dungeon-crawler makes significant improvements to the visuals–to the point that it almost looks like a brand-new game. However, Blizzard’s track record with remastered games is spotty, particularly after Warcraft III: Reforged released to a negative reception due to missing features and few meaningful improvements. Players might be wondering if Diablo 2: Resurrected will suffer the same fate, but the developers are taking steps to avoid this, and they’ll be utilizing an alpha test with fans to do so. (You can read our impressions of the Diablo 2: Resurrected alpha now.)

Speaking to GameSpot’s Alessandro Fillari during BlizzCon, producer Matthew Cederquist added that there will also be a technical alpha test happening shortly that will allow players to provide feedback on the game so far, which Blizzard will then do its best to implement. If the developers felt something was straying too far from the original formula while designing the new version, however, it wasn’t implemented, so it should still feel like Diablo 2 for veterans. You can sign up for the alpha test on the official Diablo website.

Designer Andre Abrahamian said the team knew it needed to maintain the core gameplay of the original Diablo 2 when it started on the project. It isn’t designed to replace that game, either, as both will still be available through Battle.net. If players prefer the older version of Diablo 2, they’re still able to play it, instead.

The game will be based on version 1.14, which is the current version live for players, because the team was focused first on providing an authentic experience. However, it’s aware that balance isn’t perfect in this version, so it’s possible things could be tweaked in the future. First and foremost, it seems Blizzard wants this to be the Diablo 2 you think you remember, rather than the one that actually existed. Playing a 20-year-old game can be a shock if you don’t remember the visuals.

One area where there will be significant improvements is in anti-cheat and anti-bots. As the game is on modern Battle.net, Blizzard says there will be much more protection against item duplication as well as toxic behavior.

Diablo 2: Resurrected is coming to PC, Nintendo Switch, Xbox One, Xbox Series X|S, PS4, and PS5 later this year. The game’s development team includes Vicarious Visions, which was folded into Blizzard recently. It previously created the excellent Tony Hawk’s Pro Skater 1 + 2 remake, so it has experience with giving older games a makeover.

The ongoing search for the perfect climate change metaphor